Ziaire Williams is an American basketball player who is considered one of the best players in the 2020 class. He attended Sierra Canyon School in Chatsworth, Los Angeles. He is a Five-star recruit who has received several offers fro the NCAA Division I programs. He is a Gold Medalist in the FIBA under 19 World cup Men's Basketball in Heraklion, Greece.  He also played in the McDonald's All-American Game in 2020.

Ziaire was born in Lancaster, California on 12 September 2001 under the star sign Virgo. He is born to parents Ziaire William and Marquita Fields-Williams who both served in the military.

His mother served in the Army and Air Force and his father in the Marine Corps. Currently, her mother works as a Probation officer and his father works for the soft drink company (7 Up) in Sylmar, Los Angeles.

Ziaire Williams Net Worth and Career Earnings in 2020

The 18-years-old is still in his high school and has not accumulated any net worth to date. However, due to his amazing athletic career, he is growing to be a powerful player in the field of basketball and will be collecting offers and endorsement which will certainly make him of some worthy amount soon enough.

The five-star prospect out of the 2020 recruiting class, Ziaire Williams took the official visit to Stanford Cardinal on 12 January 2020 according to the reports from Stockrisers reporter Jake Weingarten. He also visited North Carolina this year.

Being one of the best among the top 20 in the class of 2020 recruiting class, he is one of the most wanted players. The Arizona Wildcats, USC Trojans and UCLA Bruins are all in the mix to land his services.

However, we aren't sure about his choices for his future endeavors. The five-star prospect will definitely receive a full scholarship and many more benefits from all the colleges. Every other University is after the five-star Prospect.

Is Ziaira Williams Dating Anybody?

The 6' 2'' is single and is living a single life fully enjoying with his friends and family. Williams is focused on his career and his dedication towards the game is intense and is doing very well on the court, scoring every time when the ball lands on his hand. 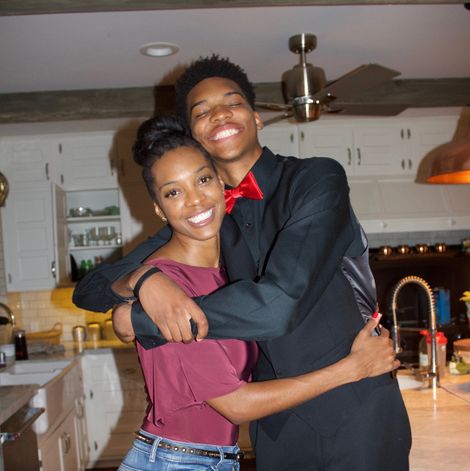 The only relationship he has with another girl is her mother whom he loves very much and is seen sharing a photo of them together in various places.

The McDonald's All-American Game is the all-star basketball game played each year for American and Canadian boys and girls high school basketball graduates. The game consists of all the top players from the two countries. 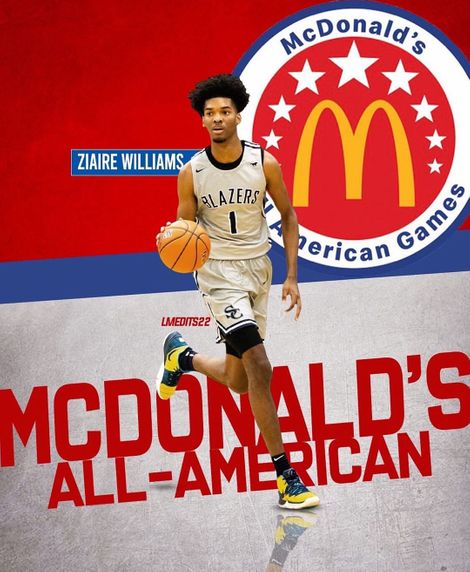 Ziaire William also participated in the McDonald's All-American in 2019 at the Cole Anthony, Oak Hill Acadamy. Having invited to play certainly adds value to his career and most certainly experience playing among the elites of the century.

The only child of Ziaire Williams and Marquita Fields-Williams started playing basketball when he was five years old and was training under the guidance of his father until the age of eight.

He went to Notre Dame High School in Sherman Oaks, Los Angeles but during his sophomore season, he missed much of his game because of an injury but later saw success in the summer with his club team BTI select. 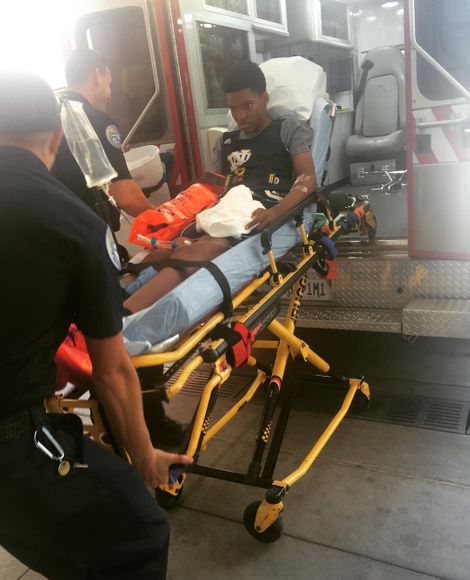 On 18 July 2019, he transferred to Sierra Canyon School in Chatsworth, Los Angeles together with LeBron James Jr and Ziaire Wade. He was later joined by the five-star recruit B.J. Boston.

Certainly, all the efforts and tears, he put through his game has shown amazing results and will certainly help him achieve even greater feats and achievements. He is at the start of his career and will definitely rise above in the Basketball industry.