Zak Cummings is an American professional mixed martial arts (MMA) fighter who is currently signed to Ultimate Fighting Championship (UFC) under the middleweight division. A professional since 2007, he has previously competed at Bellator, Titan FC, MFC, and Strikeforce.

As of 2020, Zak Cummings has an estimated net worth of $0.5 million. The significant source of his income is the MMA career. His UFC career earning is disclosed below down the table:

Furthermore, she is the gym owner of Glory MMA and Fitness KC as well as KCI Storage. Additionally, he is sponsored by various brands including VITAL MINDS PREMIUM CBD.

Zak Cummings is married to wifey, Amy Danielle, a clinical pharmacist. The couple tied the knot in a secret ceremony. 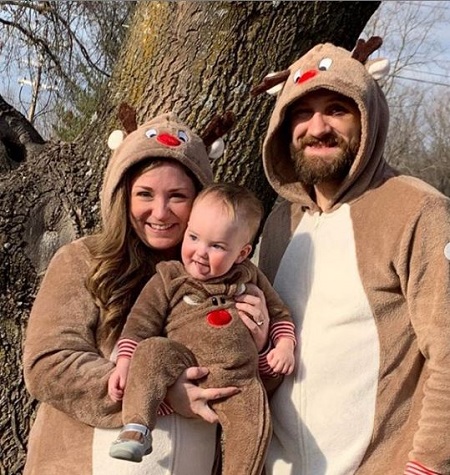 Zak Cummings with his wife and daughter SOURCE: Instagram @zakcummings

Zak was born to Michael Cummings and Pam Cummings. Further, the Cummings family moved to Springfield, Missouri at the age of three. He attended Glendale High School where he started wrestling, as well as football, baseball, and basketball.

Later, he enrolled at the Meramec Community College where he was a two-time NJCAA national qualifier in his freshman and sophomore seasons. Due to an injury, he transferred to Missouri State University to finish his degree, majoring in exercise and movement science.