A professional MMA fighter since 2008, Nicolas Dalby is currently signed to the welterweight division of UFC. The Danish man is a former champion as well as an interim champion in the Cage Warriors. As of now, he is expected to face Alex Oliveira at UFC on ESPN+ 18 on September 28, 2019.

Also known as Lokomotivo or Sharpshooter, his net worth is $0.5 million. Further, he is blessed with a daughter with his fiance.

UFC welterweight fighter, Dalby's net worth is $0.5 million as of 2019. Not to mention, the primary source of his earning is his MMA career. 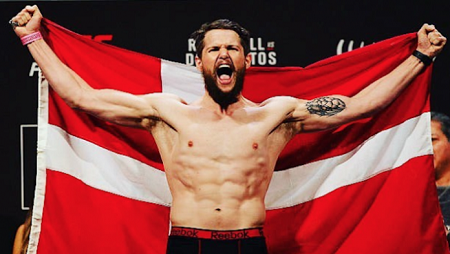 Overall his UFC career earning till date is reported $113,500.

Besides, he has mostly competed at Cage Warriors FC and Fighter Gala though these fighting events do not have high pay as UFC but pay no less than the four-digit figure.

Neither married nor single, the MMA fighter is engaged to his long-time girlfriend, Dzifa Adjo Akpalu. The Duo is together since 2015. His lady Akpalu is a Ghanaian registered nurse. 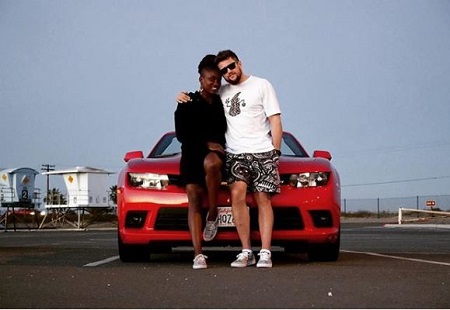 In May 2018, they announced: they are expecting their first baby together, via Instagram with a photo featuring ultrasound too. He captioned the picture, "Can’t wait for our baby girl to arrive in September. And I can’t believe how lucky I am to have such a beautiful and amazing fiancé carrying our child. Love them both... forever!" 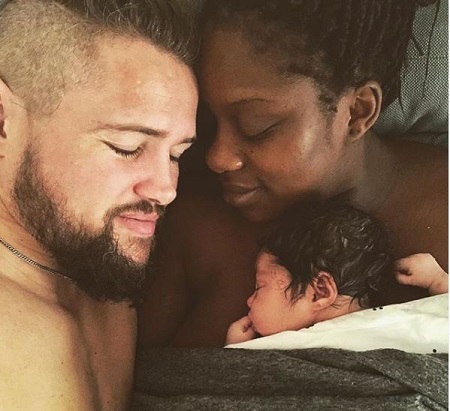 On 7th October 2018, they welcomed a new member to a family, a baby girl named, Caya.

Interview on Dalby On About Darren Till's Chances At UFC 228

However, he lost the two UFC battles that followed, both via unanimous decision against Zak Cummings and Peter Sobotta, and was subsequently released from the UFC.

Following his unsuccessful UFC stint, he struggled with depression and alcoholism. Nevertheless, he did no gave up in his MMA career rather racked up 3–1 (1 NC) record in Cage Warriors including winning interim Welterweight Championship.

As a teen, Dalby began training the karate to defend himself against bullies. Later, he relocated to Copenhagen to be around his friends. After having five years of experience of karate, he began training in one of the biggest MMA gyms in Copenhagen Rumble Sports.