A purple belt in Brazilian Jiu-Jitsu, Trevin Giles is currently signed to the UFC under the middleweight division. A professional since 2014, he has previously competed at Legacy FC, Fury Fighting, Caribbean Ultimate Fist Fighting, and RFA.

Also a police officer, Trevin Giles was born on August 06, 1992, under the star sign Leo. 1.83 m tall, he holds an American nationality and came from the Afro-American ethnic background.

How Much Is Trevin Giles Net Worth In 2020? Know His Income Source

As of 2020, the middleweight MMA fighter has an estimated net worth of around $0.5 million. But this amount is not soley from his fight salary. Currently signed to UFC: the fighters at UFC get paid a base salary on fight night no matter if they win or lose, but, there is a “win bonus” involved for the winning fighter.

Matter of fact, before the Reebok deal came into place, MMA fighters made a ton of money off of their sponsorships. Under the new reebok pay structure, athletes will earn $2,500 in Reebok earnings per fight.

Earlier, he has competed at Legacy Fighting Alliance where a base salary on fight night is $2000 on average and adds some through win bonus.

Moreover, he is a full-time patrol officer for the Houston Police Department. According to the source, the median salary of a Police Patrol Officer salary is $57,394 in Houston, Texas, but the range typically falls between $53,597 and $62,522.

Together since 2013, Trevin Giles and her girlfriend, Coreyonna, a registered Nurse engaged in November 2017. The couple tied the knot on 15th July 2018, in an intimate ceremony. 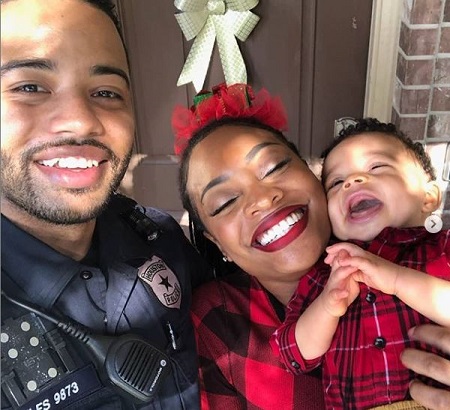 In November 2018, Mr. and Mrs. Giles showed up with good news giving a Instagram shoutout, "Our baby is healthy! I can't wait to meet you!!!!!". They welcomed their first child, a baby boy on 10th April 2019 and named Trevin Giles JR.

Got Into MMA By Accident

San Antonio, Texas native, Giles initially took to football at high school and went to college at Texas Southern, where he graduated with a Bachelor's degree in Criminal Justice. 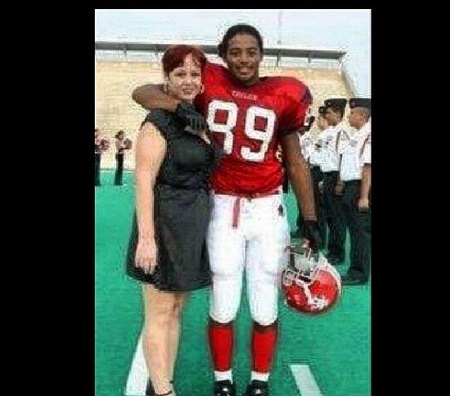 While at college, he saw a sign where the team was going for open workouts for anyone who wanted to walk on. To prepare, he began MMA training and promptly fell in love with MMA, forgetting about football.

In 2017, Giles signed to the UFC, making his debut at UFC 213 against James Bochnovic on July 8, 2017. He won the bout via KO (punch) in 2nd round. He next faced, Antônio Braga Neto at UFC Fight Night: Swanson vs. Ortega, defeating his opponent by KO (punches) in round three.

At UFC Fight Night: dos Anjos vs. Lee, he lost to Zak Cummings. On August 3, 2019, Giles lost to Gerald Meerschaert at UFC on ESPN: Covington vs. Lawler.