Zach Norvell was listed no.76 in ESPN's top 100 2019 NBA Draft Prospect Rankings. The detailed information regarding the net worth, salary, and love affair of Norvell is described below.

How much is Zach Norvell Net Worth, Salary, and Career Earnings?

Zach is projected to be drafted in the third round pick in the 2019 NBA draft so he is supposed to get an annual average salary of above $500,000. The minimum salary reported for the NBA players in the 2019 season is around  $495,000.

What is the Relationship Status of Zach Norvell? His Girlfriend

Zach Norvell hasn't so far mentioned any information from which his current relationship can be suggested and besides there are no rumors found regarding his love affair or probable spouse/girlfriend.

In addition to this, as reported by some of the trusted sites, Norvell is currently single and is fully focused on his career since he is eagerly waiting for the 2019 NBA draft. Besides, he is a low-profiled mand and rarely shares information on his personal life to the media.

Furthermore, there aren't many details found about his hobbies, interest, passions. Zach always used to say that

" On a mission to get something I always Wanted and Have the things I never had.!"

Zach Norvell was born on December 9, 1997, in Chicago, Illinois to parents Tonja Hall and Zachary Norvell. He holds American nationality and belongs to the mixed ethnic group. 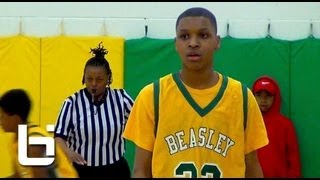 Zach Norvell was nominated for McDonald’s All-American game and was listed No. 76 among Top 100 ranked by ESPN. Soon after ending high school career, he enrolled at the Gonzaga University for further studies and basketball career where he played for Gonzaga Bulldogs.

Norvell scored an average of 12.7 points, 3.9 rebounds, and 2.4 assists per game in his freshman season due to which he was named West Coast Conference Newcomer of the Year. Besides, he won several awards in his sophomore season as well.

Later on, Zach along with his teammates Rui Hachimura, Josh Perkins, and Brandon Clarke was named in the  2018–19 All-West Coast Conference first team. Norvell declared for the 2019 NBA draft and was invited for the 2019 NBA Draft Combine.