Talen Horton-Tucker is a famous American college basketball player who last played for the Lowa State Cyclones of the Big 12 Conference as their shooting guard. Tucker, who played high school basketball for Simeon recorded 11.8 points, 4.9 rebounds, 2.3 assists in 2019 with 40.6 field goal percentage, 30.8 percent shooting on 3s and 62.5 percent free-throw shooting in 31.9 minutes per game.

This 19 years old player, who has declared for the 2019 NBA Draft, is also projected to be the first round pick. Could the freshman guard from Iowa State be an option for the Cavaliers?

Talen Horton-Tucker in 2019; His Projected Salary after NBA Draft 2019

Talen Horton-Tucker has just ended his college basketball career after freshman season and has declared for the NBA Draft 2019. As per NCAA rule, the college players are not allowed to take any sort of money from colleges. However, the do receive scholarships to help cover their college tuition and costs. So, Tucker does not have much in net worth as per our research.

Talen is a 19 years old basketball player who is currently playing for Big 12 Conference.

How much will he Earn after Signing in NBA?

Further, the player is going to be signed for the NBA and will be playing in the league the next year. The player has declared himself for the NBA draft and is projected to be the first round pick probably 30th overall.

Is Talen Horton-Tucker Single or Dating Someone? His Personal Life

Talen Horton-Tucker is unmarried and is reportedly single. Further, we don't have any past records of his relationship. However, he was spotted with a girl named Kharaan on his prom night who was rumored to be his girlfriend but no confirmation about the relationship has been made by either party. 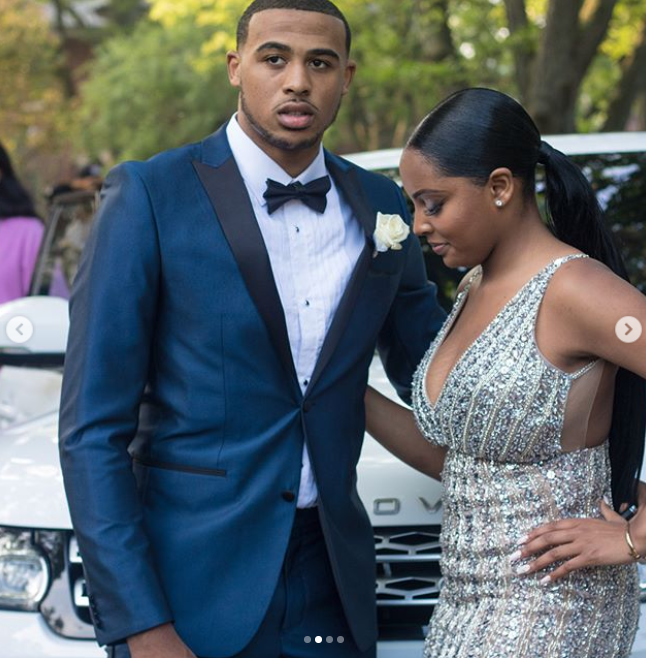 Moreover, the 6 feet 5-inch player has not been part of any rumors or controversies. He might be in a relationship and doesn't want media to know and bother him about that issue.

The player is also not that much active on social media. He has a verified Twitter account and an Instagram account where he barely posts about his personal life. He has a total of 15.5K followers and he joined Twitter on January 2914.

Talen Horton-Tucker is 6 feet 4 inches tall in height and has a perfectly maintained body that weighs about 106 kilograms. Further, the player holds American nationality and is of mixed ethnicity.

Talen Horton-Tucker was born on November 25, 2000, in Chicago, Illinois. Further, Tucker holds American nationality. His mother's name is Shirley Horton but the details about his father and siblings are not available.

Happy Mother’s Day to the lady that’s always been honest with me. I respect you dearly for playing the leading role in molding me into the person I am today, none of this would be possible without you.??

Talking about his education, he completed his high school from Simeon situated in his home town and currently is in Lowa State college for graduation.

Talen Horton-Tucker started playing basketball since his childhood. Tucker played for Simeon Career Academy where he helped the Wolverines to three-straight City Championships. After that, he committed to Lowa State in October 2017, choosing the Cyclones over schools such as Illinois and Xavier. The player plays as a Shooting guard.