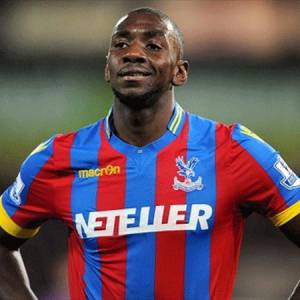 Yannick Bolasie was born in Lyon, France on May 24th, 1989. However, he has family roots in Congo. Bolasie was brought to London when he was seven months old. He grew up in the London borough of Lewisham, playing football from a very early age.

Bolasie was hard working from his childhood. He started training from 9-10 years of age. Bolasie began his football career by playing from Rushden & Diamonds. At that time he was 16.

Bolasie moved to Plymouth Argyle in 2010 and made his debut for the club on 13 February 2010. His first goal for the club came in a match two weeks later against Sheffield United. After spending a year with Plymouth Argyle, Bolasie moved to Championship club; Bristol City in 2011. He had a successful season with Bristol City as he was voted the “Young Player of the Year” by fans.

The next big move for Bolasie came in August of 2012 as he moved to renowned English club; Crystal Palace. He made his debut against Middlesbrough in a 2-1 defeat. His first goal for the club came against Ipswich town in a 5-0 victory. Bolasie made his debut in English Premier League against Liverpool in 5th October 2013. Crystal Palace had a good 2014-2015 season, as the side finished 10th with 48 points from 38 league matches. He played his part well by scoring 4 goals in the league for the club in the 2014-2015 season.

He currently plays for Aston Villa on a loan from Everton. Some of his teammates are Mile Jedinak, Ahmed El Mohamady, Birkir Bjarnason etc.

Bolasie also has represented his national side DR Congo 18 times as of July 2015. On those 18 games, he impressively has scored 4 goals for his country.

Bolasie's parents are from DR Congo. He also has a younger brother who is also a footballer. Besides football, Bolasie has a good interest in grime music.

There are reports that Bolasie is married to his girlfriend, Kelsey. The couple also shares a son, whose name is Kaidy. The bonding of their relationship is growing well and so there is no probability that the couple will get divorced any time soon.

Bolasie has a good physique as he has a height of 6 ft. 1 inch. His net worth is almost $4.5 million and his salary is about $60,000 per week. Bolasie has won Young Player of the Year award in 2011 while playing for Bristol City. His current team, Crystal Palace were the winners of Football League Championship Play-Off 2012–13.