William Alain André Gabriel Saliba simply is known as Willian Saliba is a French professional footballer who is currently signed to Premier League side Arenal. The defender spent his youth career at AS Bondy (2008-2014), FC Monttermeil (2014-2018), and Saint Etienne (2016-2018), and made his pro debut in 2018 with Saint-Etienne. After signing to Arsenal in 2019, he enjoyed a season-long loan spell with his former team, Saint Etienne.

Bondy, France native, William Saliba has represented his national side in France U16, U17, U18, U19, and currently a team member of U20.

How Much Is William Saliba's Net Worth & Salary As Of 2020? Know His Transfer & Market Value

Arsenal signed William Saliba in the summer of 2019, but he will arrive ahead of 2020 as an actual new player and he isn’t coming cheap. The young talent will finally pull on an Arsenal jersey for the 2020/21 season after spending his first season as a Gunner on loan with his ex-club, Saint-Etienne. His transfer fee was £27m, a heavy one for a player who was only 18 years old at the time. 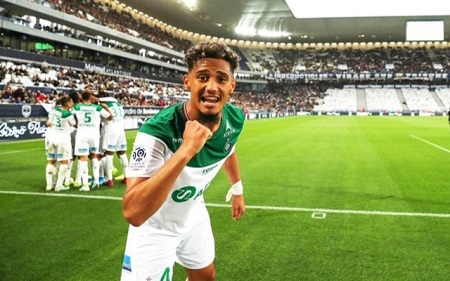 William Saliba during a match for Saint-Etienne SOURCE: Just Arsenal

As reported, his weekly wages will be £40,000. Given that he has inked a lucrative five-year contract, that works out at £10.4 million in salaries. Mesut Ozil and Alexandre Lacazette are the highest-paid roosters of the team. If things go as expected, Saliba will for sure see his wage increases within a few seasons.

When you rose to prominence, love life becomes the main interest of the fans. Knowing the fact, Saliba, on the contrary, has lived a low key personal life. To date, he has zipped his lips when it comes to his love affair or girlfriend. With less to no information, the footballer is assumed to be possibly single.

Besides, Saliba is active on socials such as Facebook and Instagram where he regularly updates his fans with his information regarding his football career.

Yes, you heard it right. It is Kylian Mbappe’s father Wilfried Mbappe who recognized and took Saliba to A.S Bondy when he was just six years old. The first time when he saw, Saliba was playing in the dirt-filled fields with the other kids. Also, Wilfried coached Saliba as he progressed through the AS Bondy ranks. 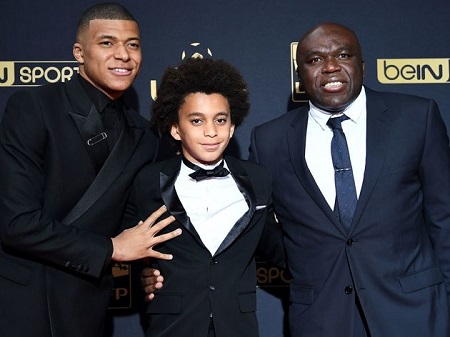 Wilfried said, it is the athleticism in Saliba and raw talent that convinced him he was one for the future and Saliba proved it too.

Born on 24th March 2001, William Saliba is currently 19 years old. His birth sign is Aries. Regarding his nationality, he is a French who is of Cameroonian descent. Furthermore, Saliba stands 192cm tall and weighs 83kg.