Gossip Why Was Zach Wilson Booed By the Fans Against Jacksonville Jaguars? Know About His NFL Stats and Journey

Why Was Zach Wilson Booed By the Fans Against Jacksonville Jaguars? Know About His NFL Stats and Journey

One of the many things an athlete faces on the field is the fans' cheers and jeers. Recently, Zach Wilson was booed by fans during his match against the Jacksonville Jaguars. While sometimes it could lead to a breakdown, Wilson claims he doesn't blame the fans for the jeers. Sometimes things outside of sports lead to the fans' booing, like scandals and allegations. But Zach's negligible performance in the game made the viewers in the stadium frustrated.

The Jets QB, Wilson, held a rating of 41.9 even though what some called the worst performance of his career. New York Jets picked the young talent in round 1 and the second pick in 2021. Zach showed much promise in his college football, winning the 2020 Boca Raton Bowl MVP. As such, the Jets' head coach, Robert Saleh, hasn't given up on the new quarterback.

Football Fans booed the Jets and Zach Wilson after their poor performance in 2022.

Athletes receiving heat is no news, but sometimes players' fans boo them during a bad game. And Zach Wilson found out about the heat when he underperformed in the Jets vs. Jacksonville Jaguars game. And the match was eventually won by the Jaguars with 19-3 on the board. 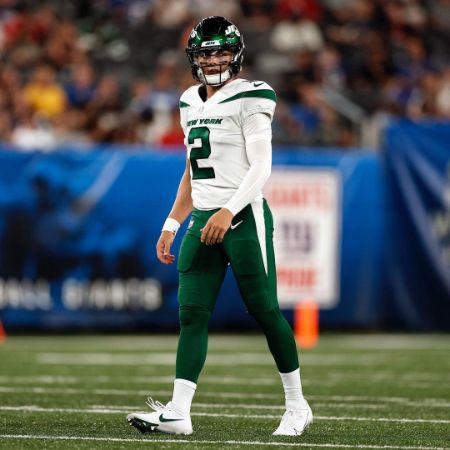 Zach Wilson was booed by the fans while playing for the Jets. SOURCE: [email protected]

Zach's last two matches in the NFL have been underwhelming. In the Jets vs. New England Patriots game in Week 15, Wilson completed nine out of 22 passes. Subsequently, the Jets lost the game to the Patriots with a score of 10-3.

After two subpar matches, the Jets fans had enough of Wilson. So, the fans started booing Zach during the Jaguars vs Jets on December 22, 2022. The head coach benched the young talent, who placed Chris Streveler on the field, replacing the 2020 Boca MVP winner.

Robert Saleh, the Jets' head coach, benched Zach Wilson during this past Thursday's game. However, Robert later said this wouldn't be the last chapter of Wilson with the Jets. He further implied his desire for the young player to shine with the Jets. 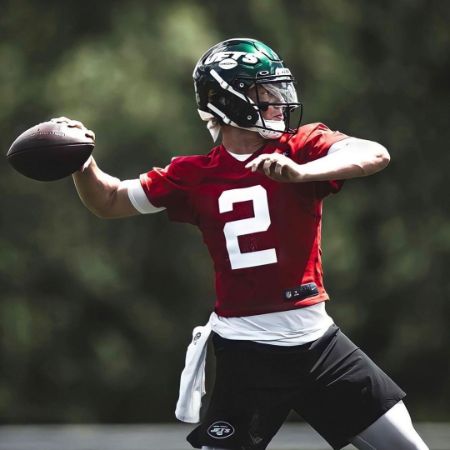 Zach Wilson was training with the Jets. And the head coach still believes in Wilson even after his subpar plays. SOURCE: [email protected]

The head coach and the many fans watching the game saw Wilson struggling. Robert stated he needs to help Zach improve for his future in the game. Likewise, Saleh also said he's not giving up on the QB during the postgame interview.

Zach found the full brunt of the fans booing him after his lackluster plays on the field. But the quarterback handled the jeering with grace. During an interview postgame, Wilson said he fully understood why he was booed and didn't blame the fans. The fans came to support them and see their team score touchdowns on a freezing night, and it was raining.

Zach Wilson knew his talent in Football at a Young age!

Like many great athletes in their respective sports, Zachary Kapono Wilson started playing at a young age. Zach's knack for football was evident when he reached high school. Wilson played for the Corner Canyon High School in Utah. 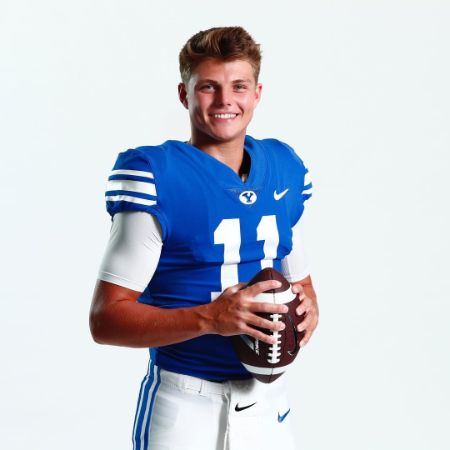 Zachary passed 2,986 yards and 24 touchdowns during his high school career. Similarly, the talented athlete found himself rushing 752 yards and eight touchdowns later in his senior year.

After concluding his high school career, Wilson first joined Boise State University and played as their quarterback. But Zach later transferred to Brigham Young University in 2018. And in his college days, he played in thirty matches. Similarly, out of 30 games, Zachary started 28 games.

After leading a successful college career, Zach Wilson was picked second in the first round in 2021. Wilson started the game with the New York Jets in his first season. After a successful first season, Zach became a mainstay for the Jets and has played as a starter in all of the Jets' games. 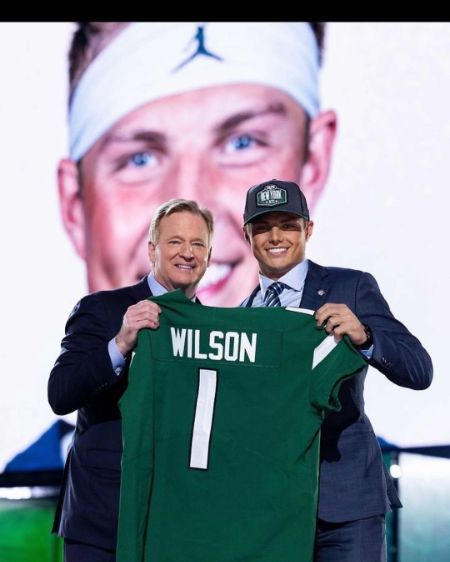 Zach Wilson was drafted by the New York Jets in 2021. SOURCE: [email protected]

Zach underperformed in his last couple of matches. That led to the head coach benching him this past game against the Jaguars. But the story of the young quarterback hasn't ended yet.