Robert Saleh was born on January 31, 1979, in Dearborn, Michigan. He is among the two children born to Sam Saleh and his wife. His parents are of Lebanese descent. He comes from an athlete's family background. His brothers and siblings are involved in numerous sports. He has a brother named David. He graduated from Fordson High School and enrolled at Northern Michigan University. Robert graduated from the university in 2002 with a degree in finance.

Contract, Salary, and Net worth

Robert Saleh has started working as a head coach for  New York Jets in early 2021. Jets hired Saleh on January 14, 2021, as their head coach. It took him almost two decades to become a head coach. Robert has an estimated net worth of more than $5 Million. He has some of the best statistics working as the defensive coordinator. 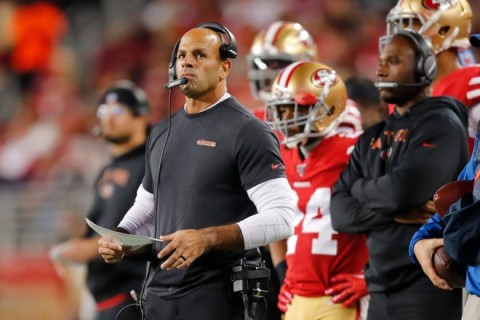 Robert signed a 5-Year Contract with the Jets. The average salary of a head coach currently working in the states is more than $5 Million. Robert has a huge experience and is among the top coaches in the League. Andy Reid is a well-known American football coach with a net worth of more than $25 Million.

Father of Six Children; Who is his Wife?

Yes, You read that right; Robert is the proud father of six children. Robert tied his wedding knot with his longtime girlfriend, Sanaa, in the early 2000s. The love birds were involved in a romantic relationship for sometime before walking down their wedding aisle. Sanaa is also a Michigan native, but much about her personal life is under the radar. 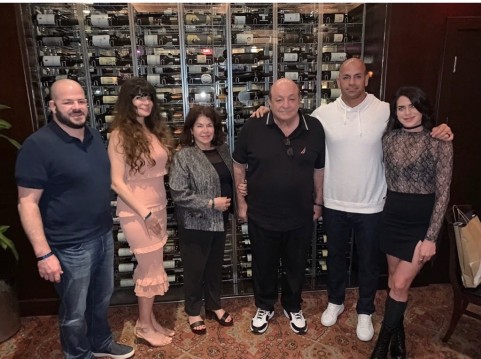 Soon after the wedding, Robert and Sanaa were blessed with six kids, four sons, Adam, Zane, Michael and Sam, and two daughters, Mila and Ella. As Robert remains away from the house for his work, Sanaa remains to look after their children. Saleh seems to be very much supportive of their children. His children can be seen attending his games regularly.

Robert started working as a defensive assistant coach for Michigan State University. In the coming years, He worked with several other University teams before moving to the national league. In 2005, Georgia State University hired him as their defensive assistant. From 2006 to 2008, Robert worked as a defensive quality control coach. In 2009, He got promoted to working as the Assistant linebackers coach for the Houston Texans.