Vinny Papale is an American football wide receiver who plays for the Tampa Bay Bandits of the USFL. Papale played college football at the University of Delaware. Further, Papale began his professional career in May 2020 after signing a deal with the Montreal Alouettes.

Since getting drafted in 2022, Papale has been playing for his current team, Tampa Bay Bandits. Apart from that, he is also recognized as the son of Vince Papale. Vince is a former American football wide receiver who played three seasons with the Philadelphia Eagles of the NFL. Also, his career was the basis of the 2006 film named Invincible.

USFL football wide receiver Vinny Papale makes the most of his gains from his profession. It is reported that his net worth may be around $100,000. As Papale is still playing actively and is at the peak point of his career, his income will surely rise in the coming years.

Currently, Papale plays for the Tampa Bay Bandits, and the team reports that his 2022 salary may be around $50,800. Besides that, Papale's Instagram bio shows he is also a licensed realtor. He is also associated with Compass and The Papale Group. Matt Farniok is also an American football player. Being a realtor, he may earn a good profit. A realtor in the United States has an average salary of $97,739 per year. So, it can be said that Papale may earn in the same range. On the other hand, Papale's dad is a former player with a net worth of around $1.5 million.

Papale is currently in a relationship with his loving girlfriend, Mackenzie Elizabeth. Papale first shared an image with his girlfriend on Instagram on January 12, 2019. Since then, he has been making regular posts with his lover on Instagram, where we can follow him as @vinny_papale. 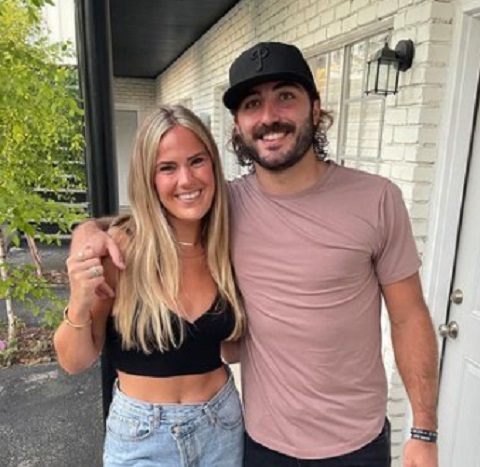 Furthermore, Papale and Elizabeth have also gone to many events together. Besides that, the couple loves visiting different places together, and the wide receiver often features their moments on his IG page. Papale's girlfriend, Elizabeth, is also an active Instagram user who uses IG as @mackkoz.

Everything On Vinny Papale's Career

Papale went to high school at Bishop Eustace High School. During that time, he played football, lacrosse, and track & field. In his high school career, Papale contributed 64 receptions for 985 yards, 60 tackles, and seven interceptions. On the other hand, Papale played college football at the University of Delaware.

He represented the team against many teams. Regarding his professional career, Papale had mini-camp tryouts with the Oakland Raiders and Washington Redskins in May 2019. Later in May 2020, Papale signed with the Montreal Alouettes of the Canadian Football League (CFL). 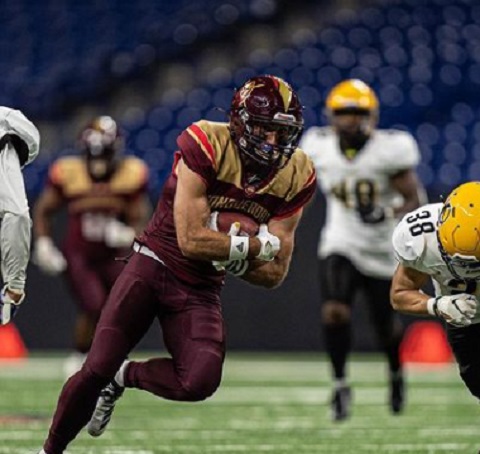 But the season was cancelled due to the COVID-19 pandemic, and he was released in October. In the year 2020, he signed with the Conquerors of The Spring League. In the 17th round of the USFL Draft 2022, Papale was selected by the Tampa Bay Bandits.

Vincent Joseph Papale was born on October 17, 1996, in Cherry Hill, New Jersey. His father, Vince a former American football wide receiver. He was diagnosed with colorectal cancer in 2001. 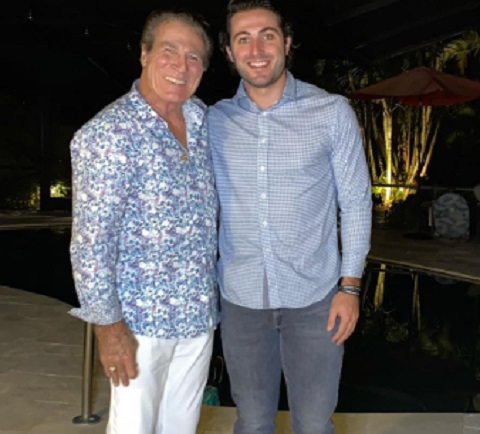 At the time of this post, there are no details regarding Vinny's mother and other family members. Moreover, Vinny holds an American nationality, just like Drew Plitt.