Spencer Rattler is a rising American football quarterback. He is currently playing in the Big 12 Conference for the Oklahoma Sooners. Rattler was named into the Big 12 CHampion team in 2019 and 2020. He was the MVP of the Big 12 Championship 2020.

Spencer Rattler was born on September 28, 2000, in Phoenix, Arizona. He is the son of Mike Rattler and his wife, Susan Rattler. Some sources claim his mother to be a teacher but have not shared much about his parents. Spencer has a sister named Olivia Rattler.  Rattler graduated from Pinnacle High School and enrolled at the University of Oklahoma. Talking about his physical appearance, Spencer stands six feet and one inch tall and weighs 93 kg.

Spencer started playing American football from middle school. He was part of his High School Football team. He broke the Arizona high school passing record on his 18th birthday. Rattler finished his High School throwing  11,083 yards with 116 passing TDs and rushed for 1,040 yards with 14 rushing TDs. In his senior year, Spence was named MVP of the Elite 11 at The Opening in Texas. 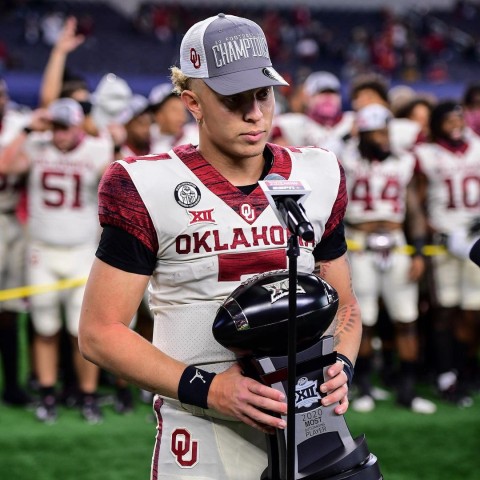 Spencer shares a photo with his MVP title in the Big 12 Conference SOURCE: [email protected] rattler

Spencer missed few games in his freshman year after violating a district code of conduct. By the end of his Sophomore year, Rattler had received 14 offers from NCAA D-I schools, including Alabama, Notre Dame, and Miami. He later committed to join Oklahoma and was considered a 5-star quarterback. After joining the Sooners, He appeared in just three games and redshirt in his freshman year. Spencer appeared in eleven games in his sophomore year and led the Oklahoma Sooners to a 6th consecutive Big 12 Championship, winning 27-21 over Iowa State.

At the end of the season, Spence was named into the First-team All-Big 12 team. Many big franchises are keeping an eye on him. Many top journalists expect him to list his name for the 2023 NFL draft.

Who is Spencer Rattler Dating? Know About His Girlfriend and His Relationship Status

Spencer is very much early in his career. He is rated among the best quarterbacks preparing for the upcoming NFL drafts. His timeline is filled with photos of his games and his training. Rattler likes to spend his free time with his family and friends. Spencer is believed to be single as of 2021. 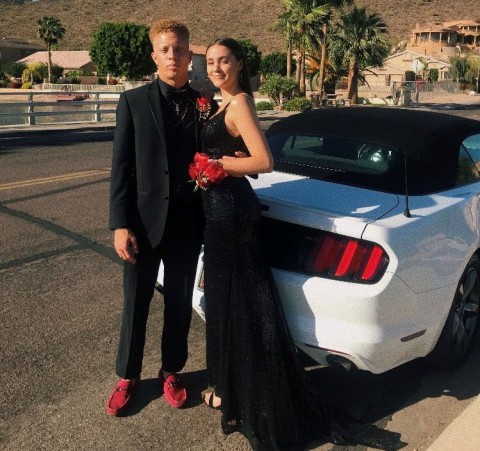 Some online sources claim him to be dating Yazmina Gonzalez for more than two years. Both of them first met each other at the High School and went to prom together. None of them have shared a word to date.

Spencer Rattler is yet to enter into his professional career. As per the NCAA rules, a college athlete is not allowed to receive any form of payment to represent the college team. Instated, They offer the students with numerous scholarships. Rattler will be landing a multi-million contract once up for the NFL draft in the upcoming seasons.