The Cameroonian footballer Vincent Aboubakar currently plays as a striker for the Saudi Professional League club Al Nassr. Besides, he also serves as a captain of the Cameroon national team. The center forward, Aboubakar, has gone through many shifts, and he is best known for his fantastic playing skills. And apart from his professional life, fans are also amazed by his personal career.

Vincent is a famous football player from Cameroon who started craving his marks in the football vocation in 2006; however, he began his professional career in 2009, and since then, he has gone through many shifts, including club events and international matches. Playing for the national team, he earned 88 goals, and Aboubakar's football career explains that he is one of his squad's best and most professional players.

Have A Look At Aboubakar's Net Worth And Salary

Aboubakar is an excellent football player; his playing skills are amazing; he has left fans wowing every time he is on the ground. Likewise, he has a long career history with a net worth of more than $ 10 million; as the exact facts on his income remain away from the public reach, we know that Aboubakar signed three years contacted with the current club €6 million per year. 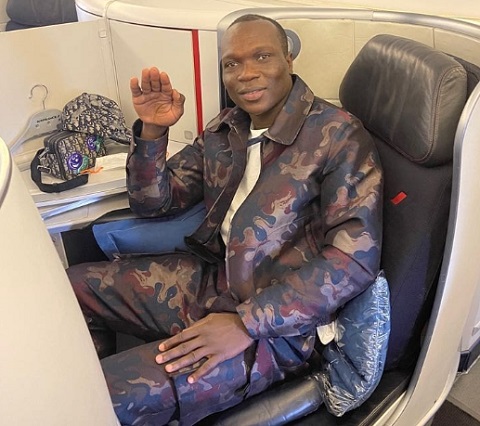 Therefore, we can say that Aboubakar is one of the high-paid footballers in his squad, including the Cameroon footballers Clinton N'Jie and Joyskim Dawa. Undoubtedly, he is a professional and one of the successful players with a market value of $7 million, one of the highest evaluations of his football career. However, while playing for the club FC Porto, Aboubakar's highest market value was €18.00m.

Looking at his bio, we know he is a workaholic and enjoys keeping himself busy in matches and football events; the Cameroonian football indeed enjoys lavish life with such huge income and earnings. Apart from his professional career, the footballer might earn from endorsements and sponsorships, which he has never mentioned.

His Club And International Career

The talented footballer Vincent Aboubakar started his early career as a football player and had a keen interest in the football vocation. Vincent began playing in 2006, and as a youth, he played for Coton Sport, a Cameroonian football club where he played for about two years. Likewise, he also made his professional career debut by playing for the same club where Vincent appeared in fifteen matches.

Later he became a member of Valenciennes and signed a contract in France; on 1 July 2013, he was signed for Lorient on a free transfer. Vincent was part of the French club, Lorein, signing a four-year contract for €3 million. He also loaned to Besiktas on a season-long loan. Additionally, on 8 June 2021, he signed with the Saudi Professional League club Al Nassr on a three-year deal. 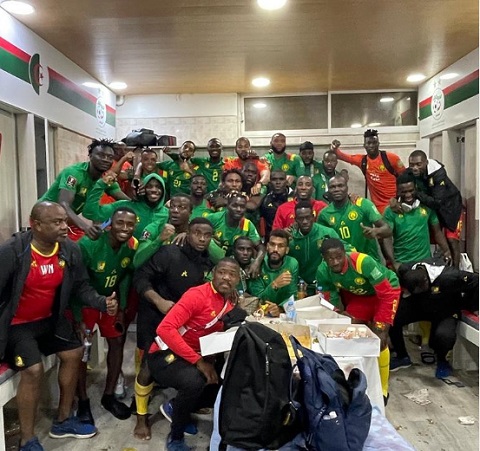 Along with his club career, the footballer also has a long and successful international career. He began playing for the national team on 18 August 2009 and was called up to the Under -20 football team for the Francophone Games in Beirut. Likewise, he was also called for the 2014 FIFA World Cup in Brazil and for the upcoming 2022 FIFA World Cup.

Aboubakar Is A Versatile Player- His Playing Style

Cameroonian football fans are well-known for Vincent's playing style, and he is undoubtedly a versatile player in his squad. Talking about his playing style, the footballer was compared to the Porto strike partner Moussa Marega.

Who Is Vincent Married With? Kids And Wife Details

The fan's favorite footballer, Vincent Aboubakar, is a married football player. He is reported to be living a happy life with his better half, whose name and information are yet not accessible on the web sources. However, the sources revealed that he is also the father of his kids.

Unfortunately, detailed information regarding his family is not available on online portals. Nevertheless, we know that he is a family man. Despite being a professional player, he is also a caring and loving husband and father; however, he is not much expressive about his family life as of this writing.

Additionally, Aboubakar hasn't shared any posts about his wife and kids on his social media handle, so this is more challenging for us to share about them. Therefore, his fans must wait longer to explore his married life.

When Was Aboubakar Born- Past Career Facts Checked

Vincent was born on 22 January 1992 in Yaounde, Cameroon, where he spent most of his childhood. Further, he holds Cameroon nationality with a citizenship card. Nevertheless, she hasn't talked much regarding his past career, including his schooling and college details.

Moreover, Vincent has never shared about his family and parents openly on the web, so we do not know whether he also has siblings. As mentioned earlier, he is not so open about his personal life; therefore, the details remain mysterious regarding his private life and early career.

How Can We Follow Vincent On His Social Media Handle?

Aboubakar is active on social media handles; however, we noticed that he is more active on Instagram, where he updates his daily life with his fans. So, we can follow him on the platform where he is available under the username @aboubakarvincent, and has shared football-related content. Aboubakar is a workaholic and primarily focuses on his career more than anything; therefore, the facts about his personal life remain mysterious for us and his die heart fans.