He played for several English clubs such as Liverpool, Wigan Athletic, Stroke City etc are some of the major clubs that Nigerian born has represented.

Moses has also his adopted home country, England ‘s Youth level and played for the national team of his birth, Nigeria since 2012. He has played at the 2014 FIFA World Cup and won African Cup of Nation in 2013 with Nigeria national team.

Victor Moses is of Nigerian nationality of African ethnic background was born to devout Christian household to father, Austin Moses, and mother, Josephine Moses on December 12, 1990, in Lagos, Nigeria.

He had a traumatic childhood as both his parents were killed by Muslim sects during a religious riot and he had to run and seek refuge in the United Kingdom. He was supported by his uncle who was living in London.

The Nigerian player was educated at Stanley Technical High School in South Norwood.

He started playing for Crystal Palace in their junior team to begin his professional football career.

His current annual salary playing for Chelsea in excess of $ 3 million he receives from the team as his weekly wage is estimated to the region of $ 60000.

Hence, his total net worth playing for several English along with endorsement is assumed in the region of $ 15 million.

Viktor Moses is a man who lives life at his fullest and bought a house and many fancy cars like (Aston Martin, Mercedes Benz G-Wagon, Ford, BMW, And Ferrari)  to show that he loves to indulgences and be extravagant in his spending. 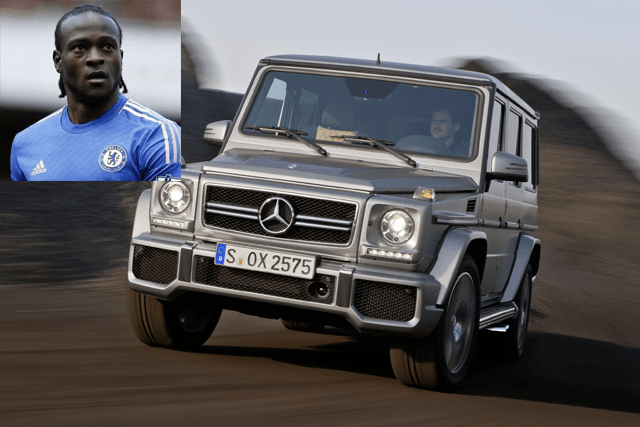 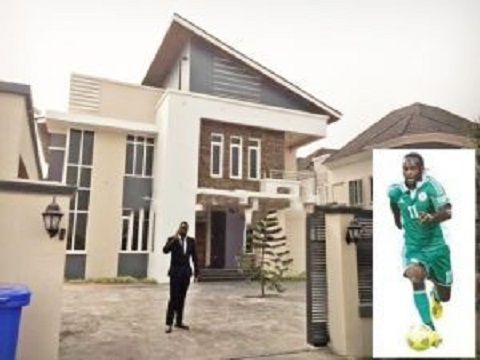 In addition, he has endorsement contractual obligations with Opera Mini.

His current market value is estimated at above $ 28 million.

Moses made his main team debut for Crystal Palace against Cardiff in the EFL Championship on 6 November 2007  and scored his first goal for the club against West Bromwich Albion on 12 March 2008.

Overall, he made 58 appearances for the team and scored 11 goals.

He signed a contract worth $ 3.48 million transfer fee with Premier League team, Wigan Athletic FC on 2010 and made his debut coming as a substitute against Sunderland on February and scored his first goal for Wigan against Hull City on May of 2010.

He then joined and signed with English Premier League giants Chelsea FC during 2012 and made his debut against Queen Park Rangers on 15 September 2012 and scored his first goal for the team against Wolverhampton Wanderers.

He was transferred to several notable English clubs as a loan from Chelsea such as Liverpool, Stroke City, and West Ham United.

The Nigerian midfielder returned back to Chelsea and played his first game for the team on 15 August 2016 coming off for Belgian international, Eden Hazard against West Ham in a winning effort.

He scored his goal since his return to Chelsea against Bristol Rovers on 23 August 2016.

With the club, he was able to secure  Premier League title in 2016/17 season.

Moses started playing for English youth level in their U-16,17,19 and 21 teams. He played for England U-17 in FIFA World Cup in South Korea.

But he opts to play for his birth nation of Nigeria. He made his debut for Nigerian National Football Team in 2012 and played a major in Nigeria winning the African Cup of Nations in 2013 and played along with fellow Nigerian players like Ahmed Musa and John Obi Mikel at 2014 FIFA World Cup held at Brazil.

It was interesting that during his wedding his real biological parents who were supposed to be dead appeared along with his big brother John Moses parents at the star midfielder’s marriage. 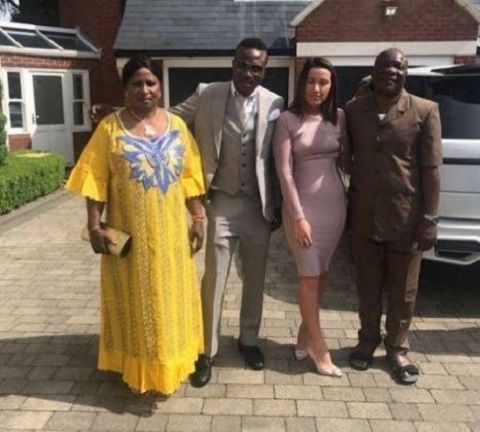 He claims that he was an avid supporter  Arsenal when growing up.

Victor Moses seems to be quite a family man as he seems to love and take care his wife and children in the most affectionate manner. 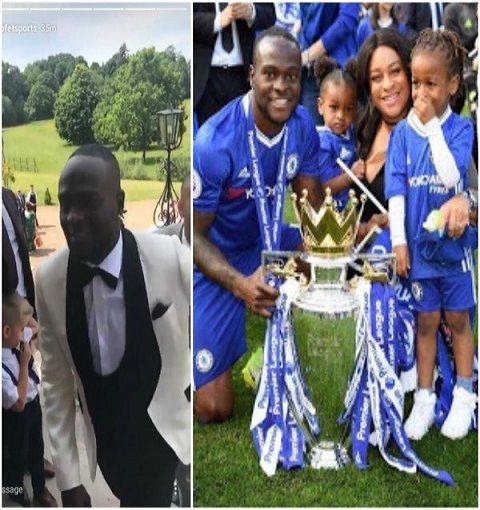 [ CAPTION: Moses with his wife and children ][ SOURCE: tvcontinental.tv ]

He has been named Nigeria Player of the Year in 2018.