Ahmed Musa is a Nigerian professional footballer who plays as a forward for the Nigerian National Football Team and Saudi Arabian team Al-Nassr having recently joined in 2018 from Leicester City. He previously played for CSKA Moscow as a full-time player and also for Nigeria in FIFA Confederations Cup, FIFA World Cup 2014 and was in the team of Nigeria that won the African Cups of Nations in 2013.

Ahmed Musa is currently married to his wife Juliet Ejue since 2017. He was previously married to Jamila Musa and had two children. Musa earns more than $3 million as an annual salary and has an estimated net worth of $10 million.

Ahmed is currently married to his wife, Juliet Ejue, in 2017 after divorcing his ex-spouse, Jamila Musa. Ahmed Musa has two children with his former wife, Halima  Musa ( Daughter) and Ahmed Musa Junior (Son). 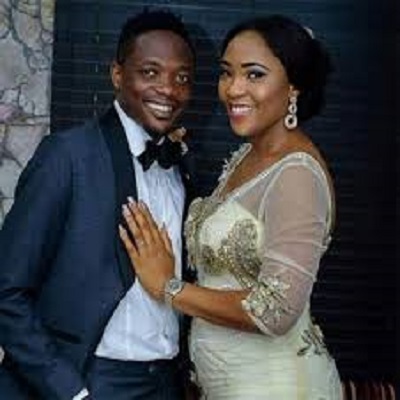 It was reported that Juliet Ejue was the cause of the separation between Ahmed and Jamila Muse. 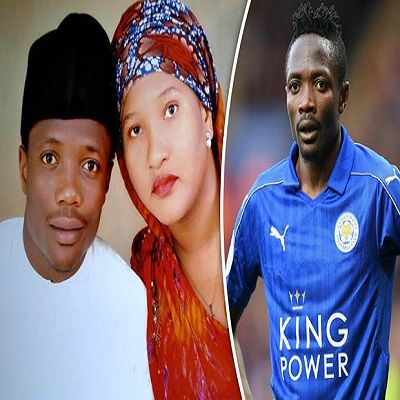 He also got into legal trouble with British law when he was arrested for domestic violence for allegedly beating his wife, Jamila, in their London home worth £850,000.

Ahmed Musa's salary playing from Leicester City FC was around $3 million per annum with a weekly wage of  $43,000. Playing for the Saudi Arabian club, he earns more than what he made at Leicester, which is assumed to be more than $3 million (i.e., 1,092,780,000 Nigerian Naira).

In addition to this, Musa mostly got transferred from one team to another for more than €5 million. He joined the Al-Nassr leaving Leicester for a transfer amount of 15,00 Mill. €.

He is having a great time in his life and enjoys and spends lavishly building houses in his hometown of Jos in Nigeria and London Home. 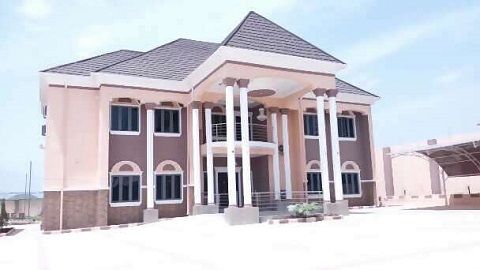 Musa is reported to own a fleet of luxurious cars like Honda, Range Rover Sport, Range Rover Velar, Mercedes G-Wagon, etc. He also bought a tiny BMW car for his son. 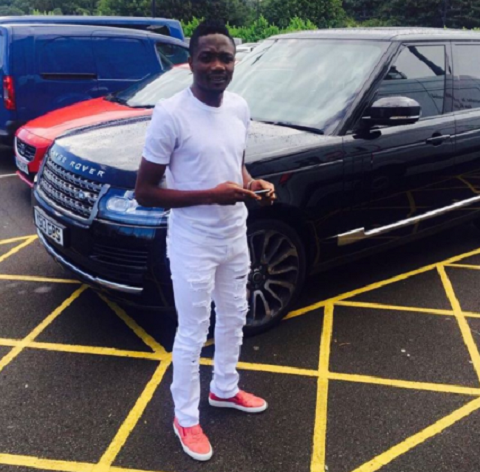 Musa has set up a petrol station and a fitness sports center and has spent millions of dollars building a magnificent mansion in his hometown of Jos, Nigeria. 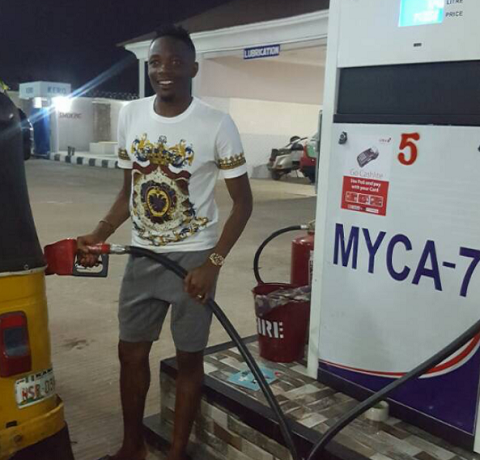 Ahmed Musa in front of his petrol station ][ SOURCE: The Sun ]

Musa has also built a sports complex in Kano, spending N500 million. The complex has two pitches, a lounge, a gym, a restaurant, and a huge event hall.

Ahmed Musa was born to a Nigerian mother, Sarah Moses, and father, Alhaji Musa, on October 14, 1992, in Jos, Nigeria. He holds a Nigerian nationality belonging to African origin. Born in a Muslim family, his mother was the second wife of his father, and a single mother later raised him following his father's death when he was 7.

He has four sisters in his family beside him. Growing up, Ahmed had a troubled childhood and had to go through his father's death at a very young age.

Ahmed Musa started playing football at a very early age and joined the Nigerian Academy, BS Football Academy, in 2008. He was loaned to Nigerian clubs like JUTH FC and  Kano Pillars FC from the academy.

He formerly held the record for the most number of goals scored in a single season in the Nigeria Premier League before Jude Aneke surpassed the record in 2011.

After his success at the Nigerian clubs, he was transferred to the Eredivisie division team, VVV-Venlo, in 2010. But according to his age issue, he was eligible to play for the Dutch club when he turned 18 on October 14.

He made his debut for the team against FC Groningen on October 30. During his time with the Dutch club, he was awarded  AIT Football player of the year in Nigeria.

His impressive performance attracted the teams of Europe such as Tottenham Hotspur and Ajax FC.

He scored freely at CSKA Moscow and was a top goal scorer, and was listed among the best 33 football players of the Russian Championship in 2012/13.

His attractive style of play caught the notice of the English Premier League side,  Leicester City, which signed the Nigerian striker in 2016  for a club-record transfer fee of $23.5 million (£16.6 million). He made his premier league debut against Hull City on August 13, 2016, and scored his first goal for the premier league side against Crystal Palace on October 22, 2016.

Musa also played on a loan with the Russian club CSKA Moscow from Leicester City, whom he signed in January 2018 for the 2017/18 season. He later joined the Saud Arabian club Al-Nassr in 2018 with a 4-year contract for a fee reported to be around $35 million.

Ahmed Musa has represented Nigeria in the FIFA U-20 World Cup held in Colombia in 2011, where he scored three goals in the tournament and was nominated for the Golden Ball Award.

He made his debut for the senior team against Madagascar during the 2012 African Cup of Nations Qualifier on August 5, 2010, at the age of 17 and scored his first international goal against Kenya in a friendly match in March 2011.

Together with Nigerian players such as Ogenyi Onazi, Victor  Moses, and John Obi Mikel, Musa was among the crucial players that helped Nigeria win the 2013 African Cup of Nations.

He played at FIFA World Cup 2018 and scored two goals against tournament favorite Argentina in a defeat.