Gossip Uruguayan footballer Edinson Cavani's Net Worth and Salary. Know about his Married Life and Wife

Uruguayan footballer Edinson Cavani's Net Worth and Salary. Know about his Married Life and Wife

The Ligue 1's Best Foreign Player: 2017, Edinson Cavani is an Uruguayan professional footballer currently playing as a striker for Paris Saint-Germain (PSG). Also the member of Uruguay National Team in the 2018 FIFA World Cup, Cavani has earned a lot of fame and lucrative contracts.

Currently, Edinson Cavani is estimated to be enjoying a net worth of $40 million, blessed with a mouth-watering salary and endorsements. Opposite of successful professional career, Edinson Cavani's love life spilled out after his divorce with his wife Maria Soledad Cabris Yarrus. Scroll down for more.

Net Worth and Salary of Edinson Cavani

Professional since 2005, Cavani has played for the clubs like Palermo, Napoli and Paris Saint-Germain in his career. As reported, Cavani enjoys the estimated net worth of $40 million as of 2018.

Currently, after signing a new contract extension with PSG on April 25, 2017, Edinson Cavani enjoys the weekly wage of $449,982 which sums up the annual salary of $23 million as per Mirror.

Paris Saint-Germain are delighted to announce that @ECavaniOfficial has signed a new contract with the club through June 2020 #Cavani2020 pic.twitter.com/B8tn4Uo3F6

Well, he lags behind the highest paid PSG player Neymar with the annual salary of $44.7 million, while being ahead of Kylian Mbappe earning $22 million annually,

Previously with the 5-year contract signed with PSG on July 16, 2013, Edinson earned the salary of $12.1 million, while his transfer fee from Napoli to PSG was reported to be $77.44 million.

#VaccinesWork to help me be a champion on and off the field! This Vaccination Week in the Americas #GetVax to strengthen your defense and join me on the Vaccination Team! Like this post and follow @opspaho for a shot at winning a football ball or a jersey signed by me! You have until April 27 to participate! ¡#LasVacunasFuncionan para ayudarme a ser un campeón dentro y fuera de la cancha! En esta Semana de la Vacunación de las Américas, #Vacunate para reforzar tus defensas y unirte al Equipo de Vacunación! Dale “Me gusta” y sigue a la @opspaho para ganar una pelota o una camiseta firmada por mí! Tienes hasta el 27 de abril para participar!

Probably curious about previous contracts and transfer, right? Have a look at the table.

Endorsed by Nike, Cavani earns bundles of dollars with his endorsement deal. Fond of cars, Cavani's car collection includes Mercedes Benz, Audi A6, and a Ferrari. 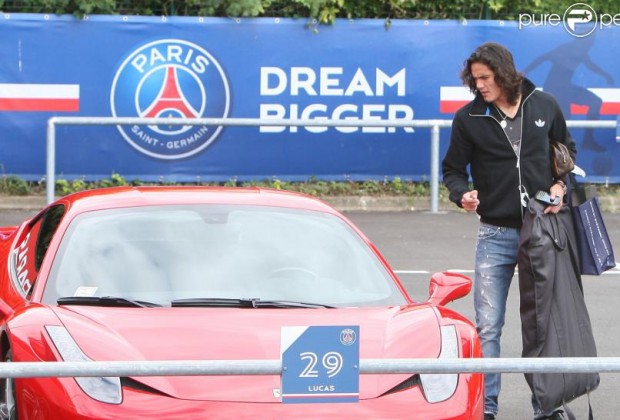 Even if the other property details of Cavani is not out yet, it will be out in near future.

Currently, Edinson Cavani is reported to be dating his girlfriend Jocelyn Burgardt, a Samba dancer from Uruguay. The couple, however, has not disclosed the detail of their relationship beginning. 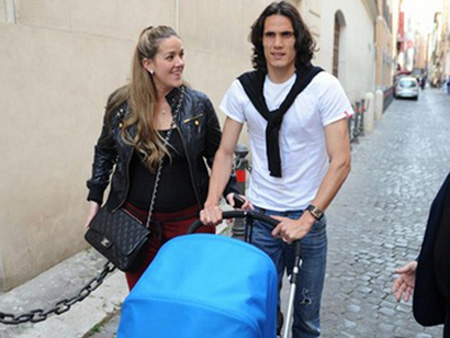 The reason for the divorce was reported to be a cheating allegation. As reported, Cavani's wife found out his affair with Maria Rosaria Ventrone, an Italian brunette from Caserta.

Later, the relationship with his wife and his mistress got blown away.

As of now, Cavani is living happily with his girlfriend and even more, his children are also on good terms with her.