Jocelyn Burgardt is a model and a samba dancer from Uruguay famous as the current girlfriend of the Uruguay National Team and Paris Saint Germain FC attacker Edinson Cavani. Cavani is also the key player of the National Team at the FIFA World Cup 2018.

The Samba dancer and stunning model is a far cry from your usual WAG - staying away from social media and keeping herself off the radar of public appearances.

Burgardt was born in 1992 in Uruguay. No details about her family and childhood are available. Burgardt holds a degree in Cultural Management.

Jocelyn Burgardt was previously the cast of the Uruguayan soap opera dance! La Fuerza del Corazon. She is a samba dancer and has participated in several carnivals of her hometown including the Bella Union in Uruguay.

The beautiful brunette is currently dating Edinson Cavani. The couple first met each other at the wedding of their common friend and started dating sometime later. It has only been some years of their relationship. 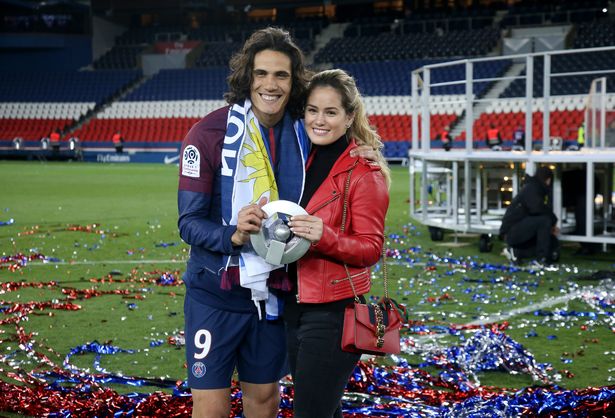 The couple lives together in Paris at current. Burgardt's parents traveled with her to Paris when she went to Paris for the first time to meet the Uruguayan striker. The couple has not yet revealed the plan of their wedding. Jocelyn and Cavani became the parents for the first time in 2019 with the birth of their daughter India Cavani who is the third chid of Cavani.

Who is Jocelyn's Boyfriend, Cavani?

Cavani is a football player who plays as a striker for Uruguay Nationa Team and French club Paris Saint Germain. He is also a member of the Uruguay National Team at the FIFA World Cup 2018 and has reached the quarterfinals of the tournament with his two crucial goals against Portugal in the round of 16.

Cavani was previously married to Maria Soledad Cabris Yarrús. They are together the parents of two children: Bautista born on March 22, 2011, and Lucas born on March 8, 2013. The couple divorced in 2013 after two years of a marital relationship. Cavani's extra affair with an Italian girlfriend María Rosaria Ventrone is believed to be the reason behind their separation.

No detail about her net worth is available. However, her boyfriend currently has properties and earnings worth $40 million.