As a Point guard, Tyus Jones reportedly earns around $2,444,052 as his yearly salary from Minnesota Timberwolves. Further, Tyus Jones has an estimated net worth of over $ 1million.

Tyus Jones was born on May 10 in 1996.  His father's name is Rob Jones and mother's name is Debbie Jones. As per his nationality, he is American. Further, his star sign is Taurus.

He grew up along with his brother Jadee and Tre. 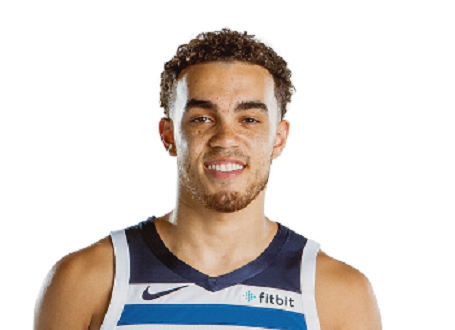 Tyus Jones attended in Apple Vally in Minnesota where he played for his high school basketball team.

Tyus Jones, in his high school career, held an average of 16.8 points and 8.1 assists. After completing high school, Tyus Jones enrolled at Duke and played for the Cleveland Cavaliers.

Tyus Jones is from a basketball family. His mother, Debbie, played as a point guard and led Devils Lake High School to the North Dakota high school championship.

His father Rob Jones played for the University of Wisconsin–Parkside in the 1980s when they competed at the Division III level. 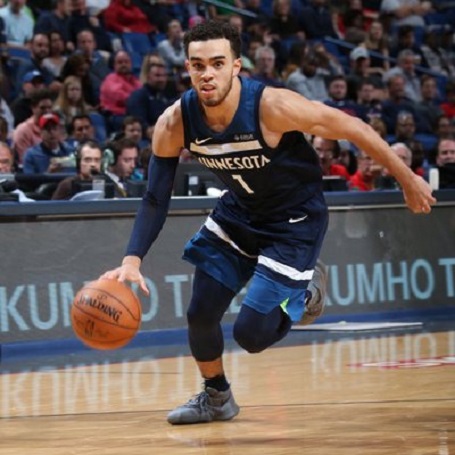 Tyus Jones also has a girlfriend, Alyssa Goehner. She is a volleyball player and also Tyus Jones teenage love. They are dating from a long time since Tyus played for Duke.

So far we here no news about their marriage. It's like both couples are focusing on their career for now.

Net Worth of Tyus Jones

As of NBA Star, Tyus Jones has an estimated net worth of over $1 million. He reportedly signed a 4-year contract with the Minnesota Timberwolves in 2015. Further, the NBA player has an average salary of $2,444,052 annually.

Tyus Jones has won many awards in his career. Jones was named as one of the three finalists for the McDonald's All-American Morgan Wootten National Player of the Year on March 18.

He was also named as Minnesota Mr. Basketball on March 20 and after following days he won his third consecutive Minnesota Gatorade Player of the Year Award.

Other than being a famous NBA star, Tyus Jones is pretty famous in social media. He has about 394k followers on Instagram and 148k on tweeter.

Facts and stats of Tyus Jones