Taj Gibson is an American professional basketball player who plays in the National Basketball Association (NBA). As of 2020, Gibson currently plays for the New York Knicks as their Power forward. Taj Jami Gibson has played for other teams like Chicago Bulls, Oklahoma City Thunder, and Minnesota Timberwolves.

Playing as a Power forward, Taj reportedly earns around $9 million as his yearly salary from Knicks while his annual salary with Timberwolves previously in 2018 was $14 million. He has an estimated net worth of over $35 million.

Taj Gibson's Net Worth and Salary

Earlier he was signed to a two-year contract worth $28 million with the Minnesota Timberwolves, including a guaranteed sum of $28 million and an average annual salary of $14 million.

His exact net worth is not disclosed yet but is assumed to be about $35 million.

Taj Gibson Personal Life; Who is his Girlfriend?

Currently, Gibson is single. In the past, he was in a relationship with Tenille Melissa but has not got married. They had a daughter but her details are not yet made public by Taj. Besides, Gibson has a good relationship with his family. Also, he is engaged in charity work for children. 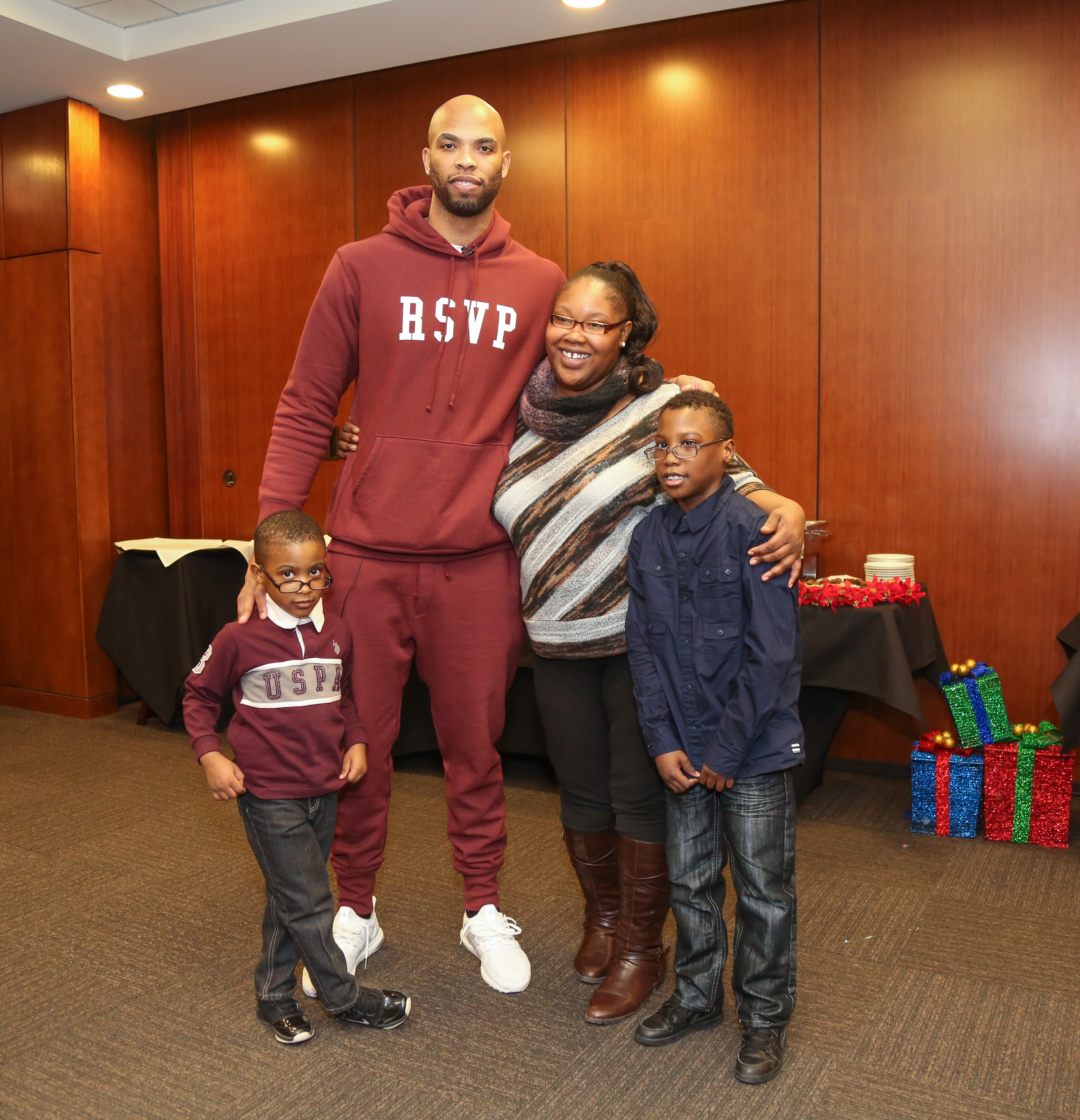 Other than being a famous NBA Power forward, Taj Gibson is pretty famous in social media. He has 455k followers on Instagram and 346k on Twitter.

I came to this city over 7 years ago and fell in love with the city and children of chicago. I've done a basketball camp every year since I've been here. And even though we had a huge turn out for this year, I couldn't do the camp this year. I wanted to do better for the city I fell in love with. I noticed some parents don't have the money to pay for their children, so I will pay for them!! Next year I will be holding a FREE Basketball Camp for all children in Chicago that wants to learn more about the sport I love. Everything starts with our children not our Bank accounts. I can't wait to see you all there. Thank you again for your understanding and support. Go Bulls. We will be looking for sponsors. Thank you again and have a blessed day.

Moreover, he has also been doing basketball camps for children.

The Famous NBA star Gibson is 6 feet 9 inch in height and weighs around 105 kg (232lbs). Taj is not only a world-class athlete but also a very attractive individual.

Taj Jami Gibson was born on June 24, 1985, in Brooklyn, New York to parents Wilbert Gibson and Sharon Gibson. As per his nationality, he is American and belongs to the Black ethnic group. Further, his star sign is Cancer. He spent childhood along with his brother Greg "Y.G" Gibson and sister Jasu Robinson Okai.

Taj was in All right Charles A. Dorsey School in the Fort Greene neighborhood of Brooklyn. Gibson started his high school career at the Brooklyn Telecommunications Arts and Technology High School whereas, he was a sophomore and junior in Stoneridge Prep in Tarzana, California.

Gibson attended Calvary Christian high school in San Fernando, California where he played for his high school basketball team. After completing high school, he enrolled at the University of Southern California and played for the college team.

After playing for Chicago Bulls from 2009-2017, he was traded to Oklahoma City Thunder On February 23, 2017. Later on July of 2017, Taj signed a contract with Minnesota Timberwolves where he became the first player to wear No. 67 in Honor of his Brooklyn Elementary School.