Jerryd Bayless was born as Jerryd Andrew Bayless on August 20, 1988, in Phoenix, Arizona to parents Denise Bowman and Brad Bayless. As per his nationality, he is American. Further, his star sign is Leo. He grew up along with his siblings, Justin Bayless.

Jerryd Bayless was picked by the Indiana Pacers after his 2008 NBA Draft as 11th overall. In the same year, he was traded to the Portland Trail Blazers. He played with Blazer for two years till 2010.

Before, moving to the Memphis Grizzlies on July 13, 2012, as a two-year deal, Bayless played for two other teams Like New Orleans Hornets in 2010 and Toronto Raptors till 2012. The talented point guard exercised his player option with the Grizzlies for the 2013-14 season.

Eventually, On January 7, 2014, A three-way trade took him over the Boston Celtics. Furthermore, The Celtics traded him to the Milwaukee Bucks on July 31, 2014.

On July 13, 2016, Bayless signed a two-year contract with Philadelphia 76ers. Due to the left wrist injury, he made his season debut for 76ers on November after missing first 13 games. With the young talent that was rising on the NBA roster, he found himself out of the rotation by mid-January. He had struggled a lot with several injuries during his career with Philadelphia 76ers. 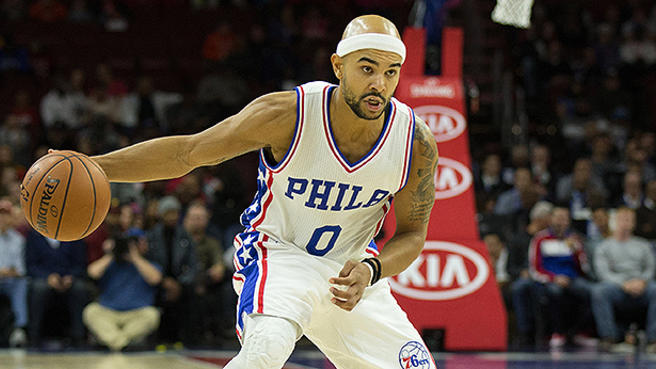 Bayless was traded to the Minnesota Timberwolves on November 12, 2018, along with Dario Saric in exchange for Jimmy Butler and Justin Patton.

This may sound odd but at the age of 30, Jerryd Bayless appears to be currently single. He is not married yet and there is no any detail about his any past relationships.

Jerryd Bayless Salary and Net Worth

Jerryd Andrew Bayless so far has made earnings of $48,012,904 from his entire NBA career.

Other than being a famous NBA Point guard / Shooting guard, Jerryd Andrew Bayless is pretty famous in social media. He has 13.5k followers on Twitter.

Facts and stats of Jerryd Bayless

The Famous NBA star is 6 ft 3 inch in height and weighs around 91 kg lbs. Jerryd Andrew Bayless is not only a world-class athlete but also has a very attractive individual.