Tyrone Corbin is a well-known former American former basketball player and current assistant coach of the Orlando Magic in the National Basketball Association. Corbin played in the NBA for more than fifteen years and has been working as the assistant coach since 2004. Tyrone played as a Small Forward with his team.

Tyrone Corbin was born Tyrone Kennedy Corbin on December 31, 1962, in Columbia, South Carolina. Corbin rose to fame only after his successful career so, much information about his early life and his parents under the radar. Corbin completed his High School school at A.C Flora High School and then enrolled at the DePaul University. Corbin stands six feet and weighs inches tall, and weighs 95 kgs.

Tyrone Corbin has an estimated net worth of more than $10 Million. Corbin earned $830,000 in his rookie year in the NBA with the Minnesota Timberwolves. In the following year, He moved to Utah Jazz and signed a three-year contract of $3.5 Million. In the 1994 season, Corbin moved to Atlanta Hawks and took home $1.4 Million as his salary.

In the 1995 season, Tyrone signed a one-year contract with Sacramento Kings and earned $1.7 Million. The following year, He signed a three-year deal with the Atlanta Hawks of $3 Million. In his final year with the NBA, Corbin played for the Toronto Raptors and made $1 Million.

Tyrone started working as the assistant coach of Utah Jazz in 2004. He must be making a handsome amount through his career. In 2011, Jazz signed him as their head coach but could not make a good result with the team and was removed from 2014.

Corbin tied his wedding knot with his longtime girlfriend, Dante Corbin. The love birds first met each other in their high school and have been together ever since. Shortly after the wedding, the duo welcomed two children, Tyjha and Tyrell.

The family of four is living a happy married life. Although It's been more than two decades of their marriage, there have been no rumors of the couple having ups and downs in their married life.

Tyrone Corbin Career in the NBA as Player and Assistant Coach

Corbin played basketball for his High School. After graduating from High School, He committed to play for the DePaul University. Tyrone graduated with a degree in computer science before becoming a second-round pick of the San Antonio Spurs. Corbin could not establish himself with a single team and moved to several teams before retiring in 2001. 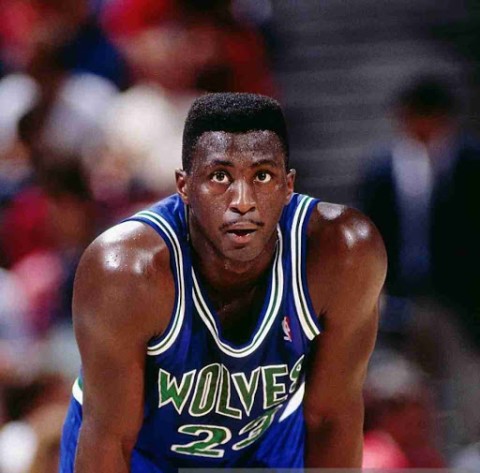 Tyrone played in the NBA for fifteen seasons SOURCE: NBA.

Tyrone completed his career averaging averaged 9.3 points, 4.8 rebounds, 1.8 assists, and 1.2 steal in nearly 26 minutes per game while playing 1,065 games. Corbin started working as the assistant coach of Utah Jazz in 2004. He must be making a handsome amount through his career. In 2011, Jazz signed him as their head coach but could not make a good result with the team and was removed from 2014.