No. 7 prospects in the ESPN Top 100, Tyrese Haliburton is an American college basketball player who played for the Iowa State Cyclones wearing the No. 22 Jersey and ended his season announcing to enter the 2020 NBA Draft. He has also played at the 2019 FIBA Under-19 World Cup and led the team to victory winning the gold medal. He was picked 12th overall in the 2020 NBA Draft.

Haliburton was born on 29 February 2000 under the star sign Pisces. He was born and raised in Oshkosh, Wisconsin. He is a cousin of a former basketball player Eddie Jones who had a 14-year long NBA career and was also a three-time NBA All-Star.

The Point Guard for Iowa State hasn't accumulated any earnings from his college career but will soon enter the NBA draft. Since the college cant actually pays the salary to the sport-recommended athletes, they prepare other means of rewards such as a scholarship. Upon entering Iowa State, the 20 years-old would have received a scholarship amounting to $25000 and above.

The 6' 5'' is ranked fourth below Killian Hayes and above James Wiseman by the CBS Sports Big Board. His salary will be determined in accordance with his pick in the draft. If he is an early pick, he will have a high salary which according to various reports might be up to $8,000,000 on his first-year contract. 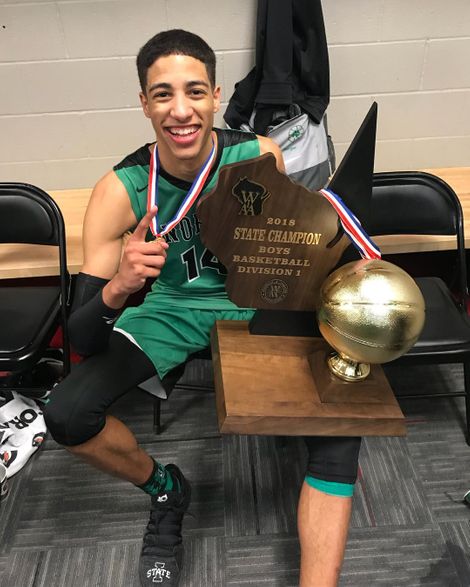 Regardless of his pick, the 20-years-old has a bright future waiting ahead of him in the NBA and he will become of the most intriguing players on the court through his power and skills demonstration.

As of 2020, his net worth is yet to have an estimation since he has not any income from his college career.

The Iowa State Star is dating Jade Jones. Haliburton is not shy when it comes to relationships, he has posted multiple posts on his Instagram confessing his love for the Cheerleading team member Jade Jones.

Haliburton also wished her on her birthday stating a few wonderful words for his partner, 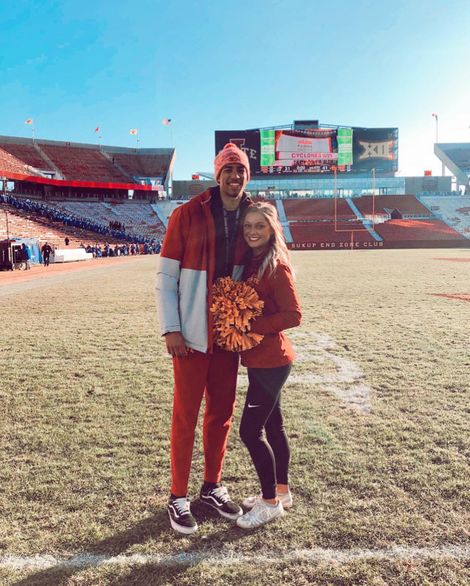 "Happy birthday to my special lady! Blessed than ever to have somebody like you. What’s understood don’t gotta be explained. Know I got you through any and everything always, love you J???"

The couple started dating back in 2019 and have been together for more than a year and are more than happy together in their lives.

One of the most intriguing Pointguard beside Isaac Okoro on the 2020 NBA Draft who has a wingspan of seven feet and one of the promising players in the draft.

The 79 Kg suffered a left wrist injury just before half-time in the matchup against Kansas State. The 73-63 victory for Iowa State came with a certain loss. The Cyclones coach Steve Prohm said in an interview,

"We are disappointed for Tyrese and his family and we are focused on helping him in his recovery. There is no doubt in my mind that Tyrese will face this setback with the same energy and passion that we have all come to appreciate and that he will return from this better than ever."

Since Halliburton has announced his 2020 NBA draft, we will have to see whether he decides to turn professional forgoing his college eligibility or wishes to return to the cyclones for the next season.