Tyler Bey is an American Basketball Player who last played for the Colorado Buffaloes of the Pac-12 Conference ending the season and declared for the 2020 NBA Draft. Bey was considered a four-star recruit by 247 Sports and Rivals and a three-star recruit by ESPN coming out of Middlebrooks Acadamy where he transferred from Las Vegas High School.

Bey was born on 10 February 1998 under the star sign Aquarius. He was born and raised in Las Vegas, Nevada until he transferred to Middlebrooks Acadamy in Los Angeles, California where he attracted many NCAA Division I programs.

As mentioned, coming to Los Angeles, Tyler attracted many NCAA Division I Programs such as UNLV, San Diego State, Arizona, and Utah who offered him a scholarship but the 22-year-old became committed to Colorado Springs on 10 September 2016.

As a college player, he would not have received any financial aid from Colorado but sports athletes do tend to receive grants and incentives in terms of scholarship, insurance, and other basic requirements which are essential for the basketball players. The grants and incentives come around $50,000-60,000 for a single player. 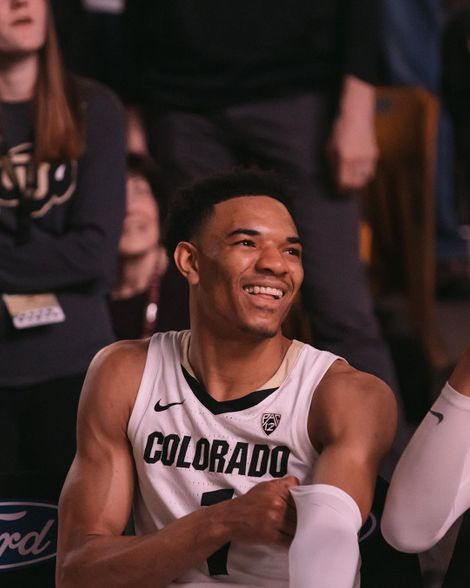 Furthermore, the shooting guard/small forward has recently declared for the 2020 NBA draft and is ranked among the top 50 prospects in the draft in between Elijah Huges and Jalen Harris. If he goes on to be selected in the 50 overall rankings then his projected salary and contracts will earn him millions which might resemble the previous years' #50 prospect, Jarrell Brantley, who signed a one year contract worth $1,549,812 with the Utah Jazz.

Some of the top prospects in the draft are Anthony Edwards, LaMelo Ball, and Killian Hayes according to the reports from CBS Sports.

However, Tyler is still a college player and hasn't turned professional yet. He has not accumulated any substantial earning from his basketball career but it might be safe to assume that he will eventually become a millionaire playing in the NBA. The present net worth of Tyler Bey is still under review and will be updated soon.

Tyler Bey Girlfriend: Who is the Colorado player dating?

Judging from his social media, the 22-years-old is neither married nor dating anyone. He is currently prioritizing his basketball profession and focused on improving his skills and abilities to match other talents in the NBA. 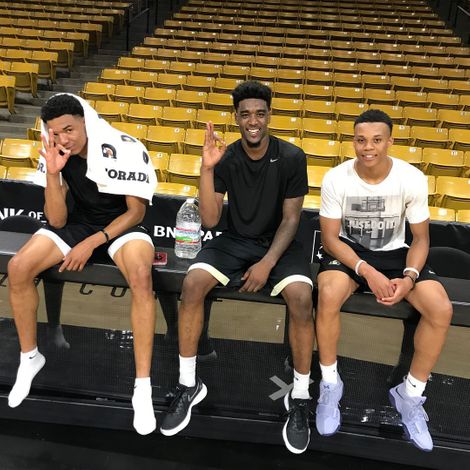 Besides his social media, he personally has not revealed any information or details regarding a girlfriend in any media. He is either seen with his friend and teammates or on the court on his Instagram profile as well.

The 6 ft 7 in tall started his basketball profession in Las Vegas High School where he averaged 17 points, 7.3 rebounds, and 1.2 assists per game. After playing a season he transferred to Middlebrooks Acadamy.

After finishing high school, he committed to playing for the Colorado Buffaloes. As a freshman, he 17 points, 7.3 rebounds, and 1.2 assists per game in the 32 games where he started in 21 games. He led with 13.6 points and 9.9 rebounds per game as a sophomore. Bey had a career-high of 27 points in a 73-51 win against Oregon on 3 February and a career-high of 17 rebounds against 77-73 win against Arizona.