Jalen Harris is an American Basketball Player who plays for the Nevada Wolf Pack of the Mountain West Conference (MWC). Coming out of High School, he was the 16th best player and the 9th best guard in his class by recruiting sites such as Rivals.

Harris was born on 14th August 1998 under the star sign Leo.  He was born to parents Karlin Kennedy and Erion Harris in Dallas, Texas alongside two younger brothers and a sister.

Wearing the #2 for the Wolf Pack, Jalen Harris hasn't turned professional yet and is only a college player in the Nevada college program. As a basketball player, he has not accumulated any substantial earning in his profession but has only managed to acquire grant-aid provided to the athletic students in return for their talents and abilities in any sports.

As a player for the Nevada University, he has managed to save $24,035 in scholarship alone. Besides scholarship, the players also receive medical insurance and benefits which are essential for the betterment and improving the ability of the players. 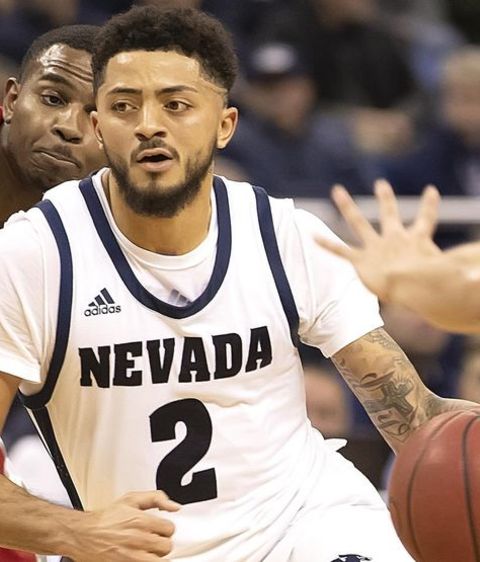 Additionally, the point guard/shooting guard has declared for the 2020 NBA draft and is ranked as the no. 51 prospect in the draft in between Tyler Bey and Malik Fitts. If he is drafted in the second round of the draft as the 51 ranks overall, he will definitely receive a projected salary and contracts worth millions similar as to the previous drafted at 51 overall Tremont Waters who is reported to have signed a contract worth $1,549,812 with the Boston Celtics in the 2020-21 season.

However, as of 2020, his net worth is still under review and will be updated shortly but there is no denial what-so-ever that the Texas native is soon to be a millionaire in the near future.

Jalen Harris Girlfriend: Who is the Nevada player dating?

As the 2020 NBA draft is approaching, Harris might be focused on his career for the time being and not looking into any relationship at the moment.

Nevada native, Jalen Harris averaged 15 points, 4 rebounds, and 2 assists per game as a Junior and averaged 23 points, 7 rebounds, 4 assists and 2 steals per game as a senior and shot 55 percent from the field and 45 percent on three-point attempts in his high school career.

After graduating high school, he committed to the Louisiana Tech where he averaged 10.9 points and 3.1 rebounds per game. As a sophomore, he averaged 15.3 points per game while also averaging 4.5 rebounds, 2.5 assists and 1.1 steals per game. playing for the Lousianna Tech for two seasons, he decided to transfer to Nevada and started playing for the Wolf Pack.

Although having a foot injury at the beginning of the season, he still managed to average 21.7 points and 6.5 rebounds per game in his last season with the Wolf Pack.