Tery Wingo is a famous sportscaster currently working for ESPN. Known for his appearance in ESPN Golic and Wingo, SportsCenter, and NFL Live, he was the host of the NCAA women's basketball tournament in the past.

The resident of United States, Wingo, reportedly earns around $6.5 million, as his yearly salary from the network, and as of 2018, he reportedly has an estimated net worth of over $15 million. He is currently married to his wife, Janice Parmelee and has a child with her.

Wingo was born on September 19, 1963, in Greenwich, Connecticut, the United States to Hal Wingo Jr(Father). He holds an American nationality and belongs to White ethnic group. Further, the details about his siblings are not available yet.

Trey grew up in Connecticut and was a friend of the famous American footballer Steve Young, with whom he went to school as a kid.

He attended Baylor University as part of his education, where he was a member of the Phi Delta Theta Fraternity, an internationally renowned social fraternity originally founded at Miami University. Further, he graduated with a degree in mass communication in 1985.

Trey Wingo Net worth and Salary

The American sportscaster/anchor Wingo has an estimated net worth of $15 million. Further, ESPN reporter receives an added sum of money from his radio and TV guest appearances as a sports pundit too.

In 2015, ESPN announced that Trey would be part of the Sunday morning show "NFL Insiders", which usually started an hour before the actual game. In addition to a new time slot and a new programme, Trey also signed a multi-year extension with an improved wage and bonuses with the network.

Two years later, he was also roped in to replace ESPN veteran Mike Greenberg to host the show, Mike & Mike. In addition,  Mike Greenberg was paid a heavy salary of $6.5 million by the ESPN and Trey's salary is believed to match Mike's salary.

Trey had a nomadic career starting up; he switched between various independent channels as a sports director. Immediately after graduation, his first television appearance was with NBC News at Sunrise.

He joined ESPN in 1997 and since then he has been loyal to the station. Starting as a play- by- play announcer for the Arena Football League. Further, he raised his ranks to be the face of the ESPN by hosting the show, Golic and Wingo. 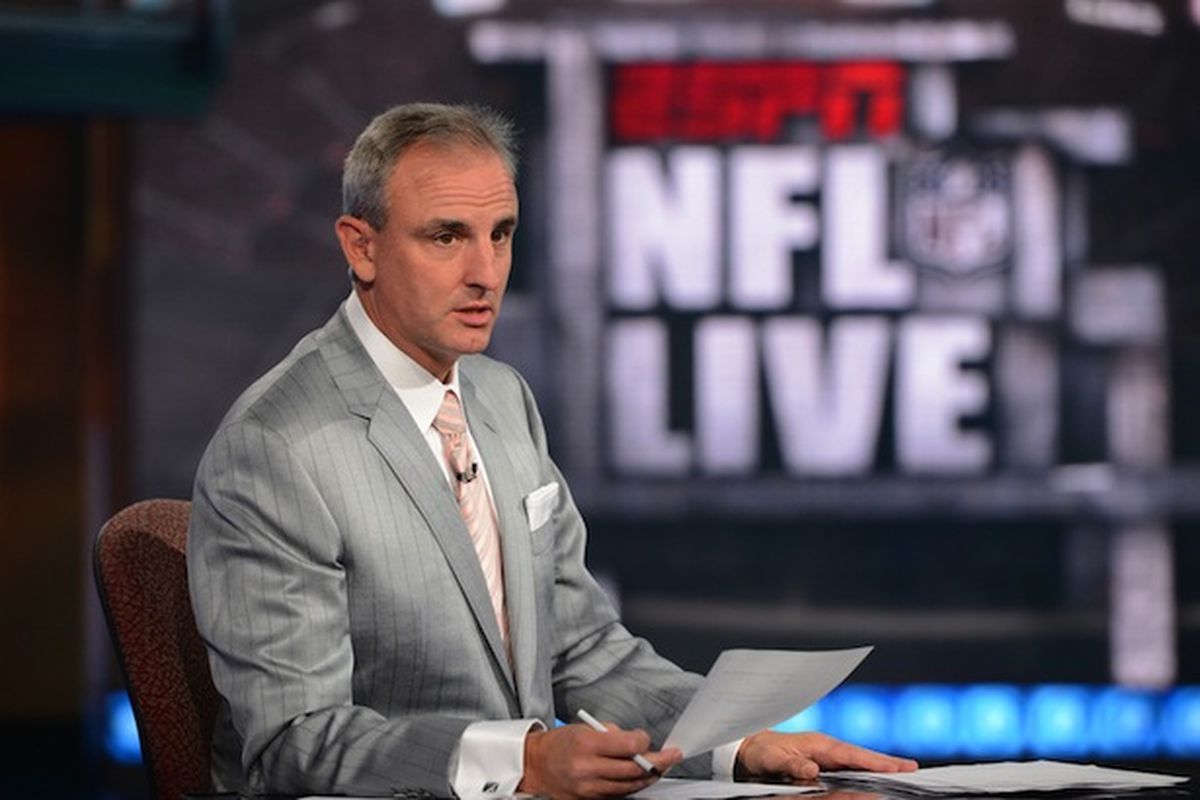 He has also lent his voice to video games such as ESPN NFL 2k5 and others, making him a popular figure in American sports.

Trey now hosts an NFL Primetime sports TV program along with other famous TV shows such as NFL Live, a build-up and detailed match analysis of an NFL game and also "Who 's No. 1?", a sports series that ranked the best teams, records, and sports-related genre.

Like his professional life, Trey also has a happy married life. The veteran TV personality has been happily married for a very long time to his wife Janice Parmelee. Further, the couple also has a son named Chappy Wingo.

Getchs Summer as long as you can

In addition to working with ESPN, Trey has a height of 6 feet 3 inches and is also involved with The V Foundation, which focuses on research into the treatment of cancer. Trey's family members, including his grandfather, parents, and aunts, were affected by the disease that led him to speak and become more aware of the disease.

In 2014, Trey tweeted an inspiring message saying that "if his family members were able to beat cancer so could all other" with # DontEverGiveUp.'