Mike Greenberg is a television anchor, television show host, and former radio host for the ESPN and ABC. He served as the co-host at ESPN's SportsCenter and also appeared with Mike Golic on ESPN Radio's Mike & Mike show.

He is also popular as a novelist having written several books so far.

Mike Greenberg was born on August 6, 1967, in New York City, New York, United States. Born in a Jewish family to Arnold Greenberg and Harriet, his parents both were travel writers. Additionally, his father was a lawyer and mother a teacher.

He also has a sibling brother named Douglas Greenberg who a partner in wardrobe storage and valet company. He holds an American nationality and is of white ethnicity. His zodiac sign is Leo.

Greenberg started his career as a sports anchor at Chicago’s WMAQ-AM. He worked there for 3 years as sports anchor and reporter and joined WSCR-Radio in 1992. Mike also worked for SportsChannel Chicago in 1994 and joined CLTV as an anchor, reporter, and host of a live call-in show in 1995.

Mike Greenberg then left the channel to join ESPN and became one of the first hosts of ESPN NEWS after it began broadcasting in November 1996. In 1999, he joined ESPN Radio and later moved to start appearing as co-host of Sportscenter since 2004. Only a year later, he left the channel and joined ESPN2 in January.

Greenberg left the Mike and Mike show in 2017 and started working in ESPN's new morning show Get Up in April 2018.

He has also published several books that include Why My Wife Thinks I'm An Idiot: The Life and Times of a Sportscaster Dad, Mike and Mike's Rules for Sports and Life, All You Could Ask For and many more.

Who is Mike Greenberg's Wife?

Mike is a married man and has tied the knot with his girlfriend Stacy Greenberg after having an affair on September 6, 1997. The couple first met in Chicago where Mike relocated to continue his sports talk career.

Stacy was a breadwinner at the time and also helped Mike to write the books later. His wife, Stacy who is currently involved in marketing also helped hi co-write the children’s book, MVP: Most Valuable Puppy. 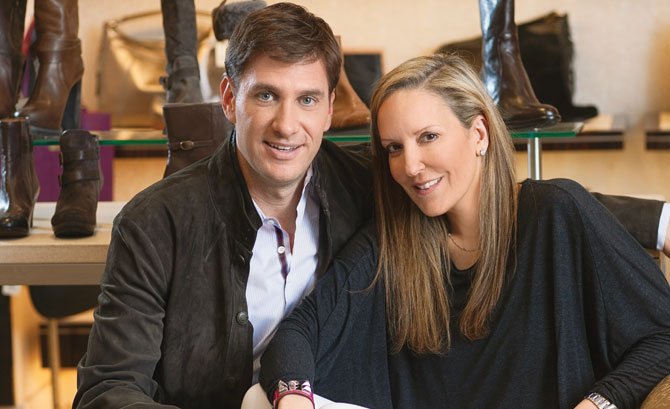 The lovely couple is blessed with two children. The couple had their first daughter Nicole in September 2000 and their son Stephen was born in December 2002.

Wishing you all a very happy and healthy 2019.

He loves to watch American football and he is a big fan of the New York Jets, New York Knicks, and New York Yankees.

Mike Greenberg's Salary and Net worth

Mike is one of the highest-paid media personalities. In 2017, he signed a million-dollar contract with ESPN and would receive $6.5 million as an annual salary from the Network. His current estimated net worth is $14 million and had $6 million in properties previously. His annual salary is reported to be around $5 million.

He has a perfect height of 5 feet and 11 inches. His fans and followers followed him on social networking sites. He has 1.16 million followers on Twitter and 121K followers on his Instagram account.