Travis Etienne Jr is an American football running back for the Jacksonville Jaguars of the National Football League. The Jaguars selected the Clemson Tigers' RB in the first round of the 2021 NFL Draft.

On April 29, 2021, Etienne was among the 32 new players welcomed by the National Football League. Being a first-round choice, the Clemson Tigers' running back is guaranteed to receive a four-year contract and a signing bonus with the club worth $2.075billion, reports Forbes. 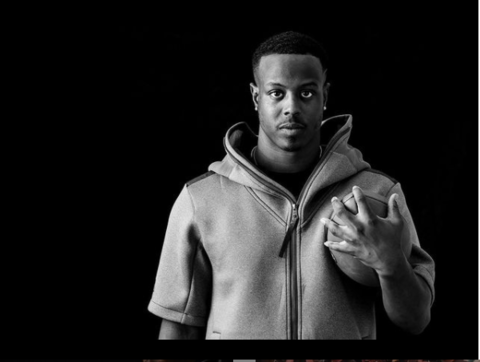 Travis Etienne finished his career with touchdowns scored in 46 games with the Clemson's Tigers  SOURCE: Instagram

It can be understood that even if Etienne disappoints the team or should they choose to cut him, he is never to lose a little over $6million. On the other hand, if the former Tigers' no 9 get through training camp, pre-season and the subsequent roster cut down unscathed, he is likely to get his weekly salary funneling out of his contract of $12million+. In the event that he gets released but then re-signed to Jaguars' practice squad, he will make somewhere around $7k per week as long as he remains with the Jaguars.

Etienne doesn't seem to have a girlfriend or a partner for now or at least that's what the internet community suggests. The five-foot-ten running-back has been quite expressive about his life on and off the field through his social networking platforms.

Travis, however, is yet to be seen doing some doting activities. It's a mystery if Etienne is actually single or extremely confidential about his relationship. Or it could be that this is something the young star is considering, once his all ducks are set in a row. There's also a possibility that he is one of those star athletes who find a way to keep their love lives as private as possible. 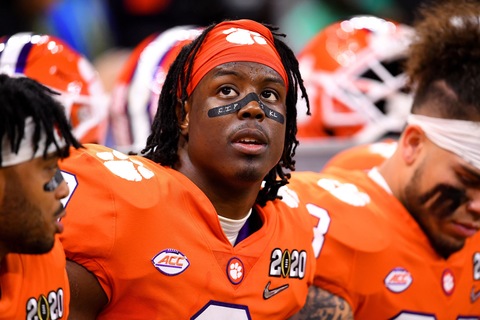 Travis Etienne is the two-time winner of the ACC Player of the Year award SOURCE: Clemson's Tigers

In 2018, he was a key member of a Clemson team that won the national championship. That year, he also won MVP in Clemson's game against Pitt. Following the regular season, he was named ACC Player of the Year and ACC Offensive Player of the Year. He got the aforementioned awards for the second time at the conclusion of the 2019 season and ended the year with 1,614 rushing yards and an ACC leading 19 rushing touchdowns.

With Clemson, he totaled over 6,100 yards and averaged a remarkable 7.2 yards-per-carry. He registered 28 touchdowns on offense, including 70 rushing touchdowns. As a freshman, Etienne earned third-team All ACC honors and was the first-team pick in his final three seasons.

In the first round of the 2021 NFL Draft, Etienne was picked (25th overall) by the Jacksonville Jaguars. This reunited him with his playmate from the college and Clemson's quarterback, Trevor Lawrence who was picked 1st overall by the Jaguars.