Marissa Mowry is a rising American college soccer player. She has been playing for the  Anderson University’s soccer team, Anderson Trojans, at the NCAA. She plays forward and is immensely athletic. Marissa rose to fame only after tying her wedding knot with her longtime boyfriend, Trevor Lawrence.

Marissa Mowry was born on November 10, 1999, in Cartersville, Georgia. She is among the three children Steve Mowry and his wife, Kelly Mowry. Much about her early life and her family information is under the radar. Marissa graduated from Cartersville High School and then enrolled at Andreson University, pursuing a degree in public relations.

Yes, You read that Marissa is married to her high school sweetheart, Trevor. The love birds first met each other in middle school and have been together ever since. Marissa and Trevor walked down their wedding aisle on April 10, 2021, in Bluffton, South Carolina. They had a beautiful wedding held at a Chapel. The duo got engaged in July 2020. 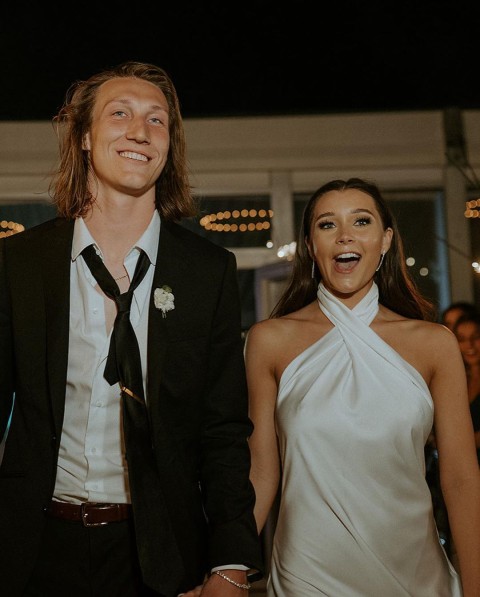 The wedding photo of Marissa and her husband, Trevor SOURCE: [email protected]_lawrence

As per sources, They started dating as early as 2016. Lawrence was photographed at casino tables in Las Vegas with his friends before his nuptials in April 2021. Trevor's supports teamed up and raised over $20,000 for the weddings, but the couple decided to donate the excess money to charity. Her husband had to leave his NFL Draft medical testing as it happened on the same day of their wedding.

The lavish wedding featured a champagne-filled wall, sparklers, and closeups of Lawrence and Mowry’s diamond jewelry and wedding rings. The bride wore a silky white dress, and the bridegroom wore a black-and-white tuxedo.

Marissa Mowry has an estimated net worth of more than $100,000. She has successfully accumulated most of her net worth through her short career working as an influencer and a sponsored artist. She has already reached influencer status, partnering up with brands for sponsored posts.

Mowry's husband, Trevor, is expected to be picked in the overall 1st pick in round 1 of the upcoming 2021 NFL draft. He shall be making millions from his contract. They love visiting famous holiday destinations and keep sharing each other's photos regularly.

Marissa played soccer for her university team but optioned not to continue her career with it. She has started working as a public relations officer. Her husband, Trevor, was a five-star recruit who was regarded as one of the best high school quarterback prospects of all time. Clemson University signed him as their player. 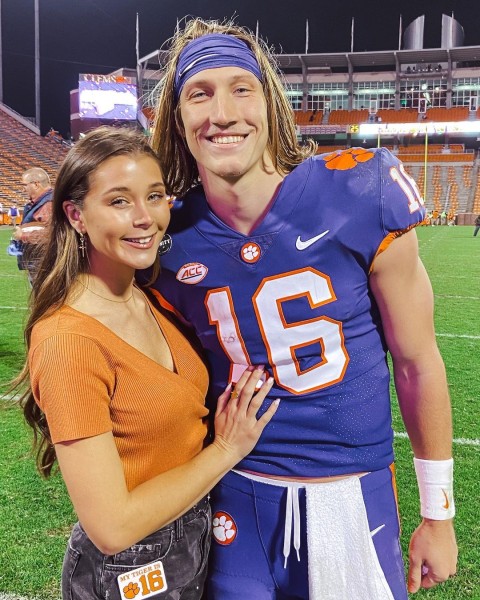 Lawrence was awarded ACC Rookie of the Year honors for throwing 3,280 passing yards and 30 touchdowns on the season. In his junior year, He was named ACC Player of the Year. Trevor was on the First team All-ACC list as he got to play in the Sugar Bowl. At the end of his junior year, The player announced that he would forgo his senior year and enter the 2021 NFL Draft.

Many sources expect Jacksonville Jaguars to pick him in the first-overall selection. Lawrence had surgery to repair a torn labrum in his left shoulder in February 2021 and missed the NFL Draft medical examination.