Tracy Wilhelmy Stevens is a popular WAG who is the wife of Brad Stevens, an American professional basketball coach who currently stands as the head coach of the Boston Celtics of the National Basketball Association (NBA). The duo met at college and married after some years.

Rocky River, Ohio native, Tracy Stevens was born on 7th October 1976, under the star sign Libra. She holds an American nationality and is of white ethnic background.

Tied The Knot With Brad Stevens

In the summer of 2000, Brad was offered the opportunity to volunteer in the Butler basketball office and Tracy Wilhelmy motivated him to go for it. Brad said, "Now, it looks like a great idea. At the time, I thought it was something I really wanted to try." 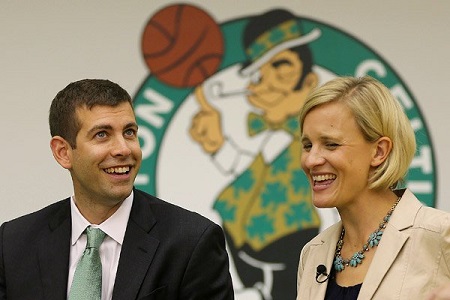 On the other hand, Tracy started law school to get a J.D. degree that could support the couple if things did not work out for Stevens. They remember,  "We were 23 and realized this was our chance. Five years down the road, we were probably not going to be in a position to do that. The more success you had at Lilly, the harder it would be to leave."

On 8th August 2003, Tracy and Brad tied the knot at Cuyahoga, Ohio. Still, the couple is together in every up and down in their life and stronger than ever.

Brad Stevens (22nd October 1976, Zionsville, Indiana) is a professional basketball coach who stands as the head coach of the Boston Celtics of the National Basketball Association (NBA). A Zionsville Community High Schoo graduate, he later enrolled at DePauw University, where he played basketball and earned a degree in economics. In 2001, he pursued his career in the coaching field serving as an assistant from 2001 to 2007 at Butler University. Further, he became the head coach at Butler. 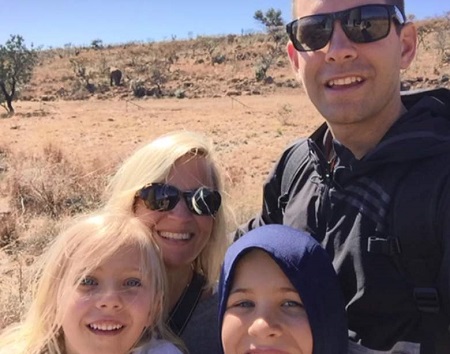 Their son is already following his parent's footprint in the sports world. A high school kid, Brady is an active football player in high school in Colorado. The family of four currently resides in Boston, Massachusetts.

Tracy is the daughter of Mary Kay and Albert Wilhelmy. Along with her siblings, she was raised in Rocky River, Ohio. In June 2004, her mother died who had been diagnosed with cancer.

For high school, Tracy enrolled at Rocky River Gigh School, graduating in 1995. She then attended DePauw University where she majored in Political science. Along with good grades, she was a star soccer player and was on the school's first team to make it to the Division III NCAA tournament. Further, she registered to study at Case Western Reserve University School of Law.