Tom Izzo is an American college Basketball coach. He is the head coach for the Michigan State University since 1995. Under Izzo supervision, Michigan State has been one of the successful collegiate basketball programs, earning him the nickname "Mr. March". He alongside his best friend Steve Mariucci attended Iron Mountain High and for his collegiate year, he enrolled at the University of Michigan. His current record is 628-241 (.723).

Izzo was born on 30 January 1995 under the star sign Aquarius. He was born in Iron Mountain, Michigan alongside two sisters Mary Bucklin and Anne Levandoski. He was born to parents Carl Izzo and Dorothy Izzo who belonged to Italian and Finnish descent.

During his stay, he has signed multiple contracts with Michigan State University. He signed his latest contract last year on 15 April 2019. With alteration from his previous contract, his base salary for the season will be $430,000 with an extra $3.09 million in supplemental pay. However, he will earn a larger bonus if he stays at Michigan until 30 April 2022. He will earn a $4 million retention bonus if he chooses to stay and doesn't retire which will be paid by 15 July 2022. Bob Huggins and Mick Cronin also have a similar salary as the head coaches in their own Universities.

The head coach will receive a certain portion of the retention bonus if he chooses to leave Michigan. In addition, he will also be receiving performance bonuses if he can lead the team to victory in their next matches.

The Native of Michigan will receive $100000 if he can lead the team to victory at the Big Ten regular season, $75000 for making the Sweet 16 spot, $150000 for winning the National title, and $25000 for making it into the NCAA tournament. Izzo comes as one of the top coaches in college basketball program who has a net worth of $15 million. 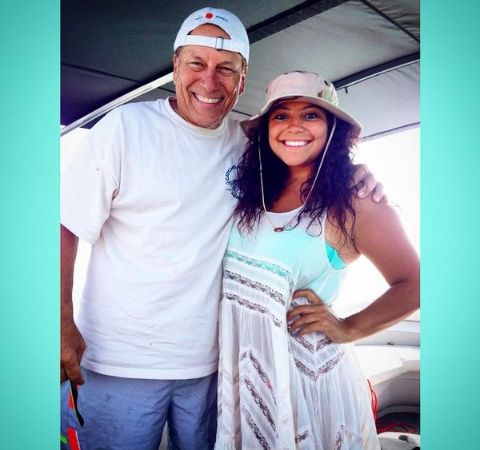 From all of his income as a head coach, he has been living a lavish and luxurious lifestyle with his family.

There is also a retirement plan included in the contract that he signed which states that if he chooses to retire as a coach, he can join the administrative position for university advancement which offers $250,000 salary annually.

This is an option available for Izzo if he wishes to retire as a coach for the Michigan State University.

The 5' 7'' tall in height has been married to Lupe Marinez Izzo since 30 May 1992. Marinez is originally from Texas but grew up in East Lancing, Michigan. 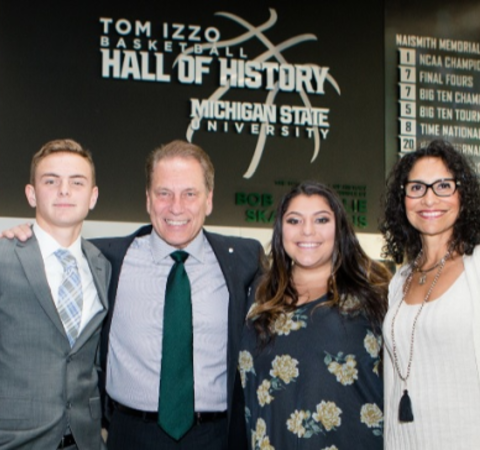 They have been together for more than 27 years without any controversies and affairs. They welcomed daughter Raquel Izzo from their marriage life and have also adopted a son named Steven Izzo who is a walk-on player for his father at Michigan State.