Lupe Marinez Izzo is a wife of an American basketball coach Tom Izzo, who has been the head coach at Michigan State University since 1995. The couple tied the knot in 1992 and shares a daughter together and also has a adopted son.

A native of Texas, Tom Izzo's spouse was raised in East Lansing, Michigan, where the duo met. Like many WAGs, Mrs. Izzo is involved in charity and donated $1 million to Michigan State University.

Lupe Marinez Izzo and Tom Izzo have shared twenty-five years as a married couple but everyone is curious to know how it all started. Well, the couple grew up in the same place i.e East Lansing but did not meet each other until  Izzo's sister introduced them. 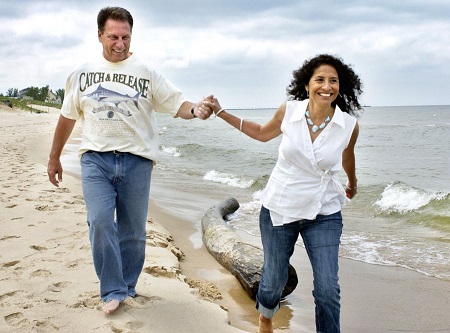 Lupe Izzo and love of her life, Tom SOURCE: MLive.com

On their first date, Tom invited Lupe to a Michigan State game. After some years of dating, the pair decided to take their relationship to the whole new level and exchanged the vows in 1992 at St. Thomas Aquinas Parish. 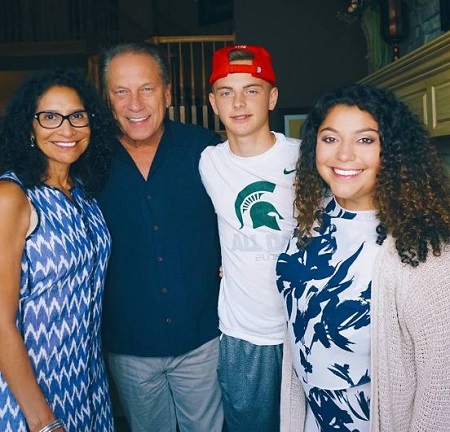 Lupe Marinez Izzo with her husband and children SOURCE: PlayerWivesWiki.com

In 1994, the couple welcomed their first daughter named Raquel. A couple of years later, Lupe and Tom adopted their son Steven who is six years younger than their daughter.

Her Husband Is Player-Turned-Coach

Iron Mountain, Michigan native, Tom Izzo was born on 30th January 1955. He is of Italian and Finnish Descent. Upon high school graduation, he enrolled at Northern Michigan University where he played guard for the men's basketball team from 1973 to 1977. However, rather than pursuing a career as a player, he was interested in coach so joined Ishpeming HS as a coach.

From 1979 to 1983, he served as an assistant coach at Northern Michigan. Further, he joined Michigan State as an assistant and later in 1995, he became head coach there.

Reportedly, Lupe is involved in a business venture in Haslett, Michigan. Her net worth is yet not revealed but she shares a jaw-dropping net worth of $13 million, together with her husband. Further, her husband's salary as of 2020 is $4.4 million. 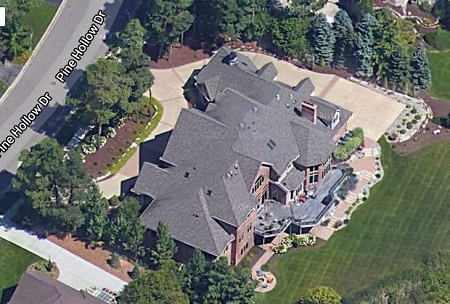