Doheny is a southpaw instance who is currently the world's 23rd rank boxer in his division. he has also been nicknamed "The Power" because of his immense speed and crushing power that opponents can rarely hold.

Terence John Doheny, famously known by the name T.J. Doheny was born on 2 November 1986 in Portlaoise, a county town of Ireland. He is of Irish nationality and has been representing Ireland in the boxing world for nearly a decade.

T.J. is currently a resident of Bondi Junction, New South Wales, Australia while his parents still reside in Ireland.

Only 5 feet 5 inches in height, the southpaw boxer Terrence John has been crushing opponents since 2012.

T.J. Doheny is originally from Ireland and his parents are living there. But T.J has never opened about his father and mother in media nor shared their information on social media.

The IBF bantamweight champion started playing boxing at an early age of 7 years old while he was in Ireland. He showed an early sign to be the best when he won against Carl Frampton at the semi-final, in 2006. Since then he has had a hell of a journey to be the best in his weight division.

The Power made his first professional debut in world boxing in 2012 against Pichit Sithkruwin. In that fight, he recorded a victory with 1st round knockout. Since then he has made 21 consecutive victories and his first loss come against Daniel Roman in 2019.

The Irish boxer grabbed his first and only major title in 2018 by defeating Ryohei Takahashi to win IBF super bantamweight champion.

How much is the Net worth of T.J Doheny?

The former IBF champion's net worth is estimated to be $2 million. His wealth mostly comes from playing boxing and endorsement deals and brands offers. 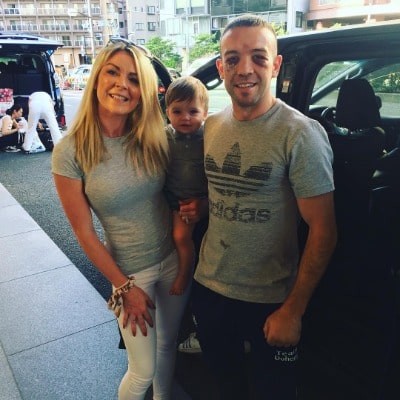 He has been involved in boxing for nearly a decade making him a good investment for brands especially sports brands.

T.J is a brand ambassador of Billbergia Group, an apartment buying, and selling company based in Australia. He is making a handsome paycheck with this brand.

According to his Instagram, he announced that he is also an official partner with sportslabaus. No doubt, the bantamweight division boxer is having a lavish lifestyle in Australia.

The Irish boxer is having a romantic relationship with his beautiful wife Becca Newcomb. The pair has been together since 2010 and in 2017 the lovely couple got engaged in Australia. 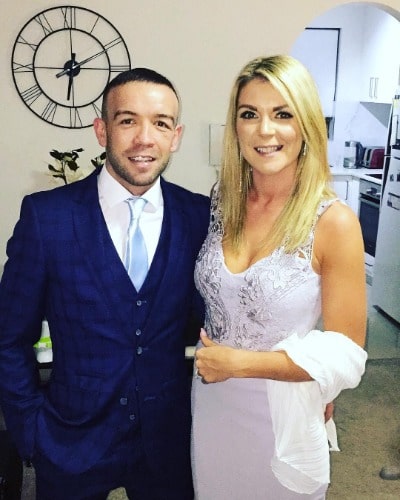 According to Becca, the couple met at Sunburnt, Bondi Beach, in 2010 for the first time.

The lovebirds T.J. and Becca are currently living in New South Wales Australia along with their 3 children. There is even a rumor that the duo has already got married in the presence of their close friends only.

How many children does T.J have?

T.J. Doheny and Becca Newcomb are the proud parents of 3 children, two sons, and a daughter. Their elder daughter Nicole Doheny was born on June 15, 2004. Second child Theo Doheny was born in May 2017 and their younger son was born on March 31, 2021. 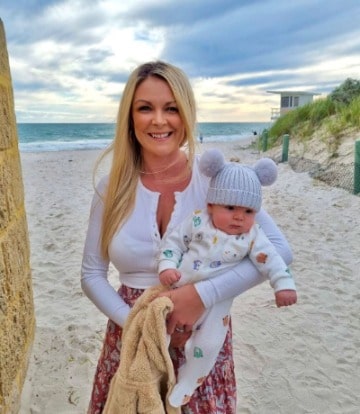