Tina Alexandria Charles, well recognized as Tina Charles is an American basketball player currently signed to New York Liberty of the Women's National Basketball Association (WNBA). She was picked 1st overall in the 2010 WNBA Draft by the Connecticut Sun. At the international level, she has won two Olympic gold medals representing the United States.

The 2012 WNBA MVP was born on December 5, 1988, in Jamaica, New York, to Angella Holgate and Rawiston Charles. The thirty years old holds an American nationality and is of Afro-American ethnic background.

One of the best-paid WNBA athletes, Tina Charles, has an estimated net worth of $1 million as of 2019. She is currently under a two year / $233,000 contract with the New York Liberty, which includes an annual average salary of $116,500. 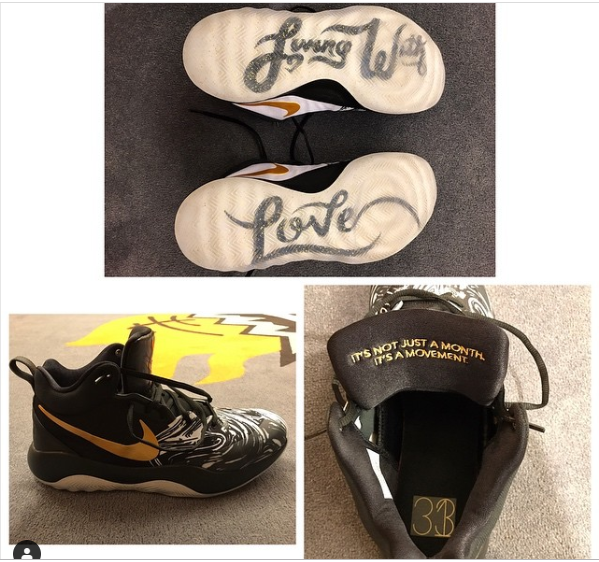 Besides, she has also played for other leagues such as Galatasaray Medical Park, Wisla Can-Pack Kraków, Fenerbahçe, Xinjiang Magic Deer, Sichuan Whales, and Beijing Great Wall through which she has summoned tremendous sum.

She has an endorsement deal with Brand Jordan.

In 2013, Charles founded Hopey’s Heart Foundation, where she donated her entire WNBA salary to her as well as has placed more than 260 AED’s worldwide. Not only this, but she also paid $32,000 to underwrite the construction of a school in Mali that opened in May of 2012.

She purchased a shipment of athletic shoes from Nike for girls and boys who attend Saint Jago High School in Spanish Town, St. Catherine, Jamaica. She donated $7,275 to the Wes Leonard Heart Foundation, an organization that raises money to buy Automatic External Defibrillators (AEDs) for schools in Michigan. 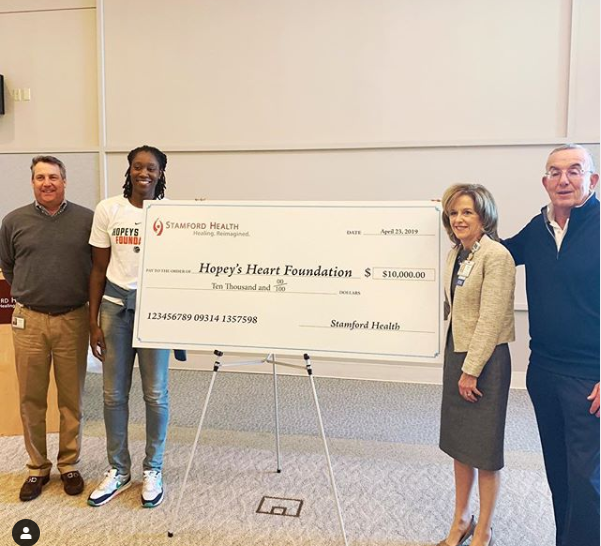 Charles also donated for the purchase of five AEDs to schools in New York and further committed to funding five four-year full secondary-school scholarships for girls in Africa through Connect To Learn, a global initiative dedicated to helping educate children in impoverished areas.

No. 31 – New York Liberty Center is a person of a secret. She has shared less to no information about her love life. The thirty years old is possibly single as of 2019 as there is no news or rumors regarding her relationship or boyfriend. 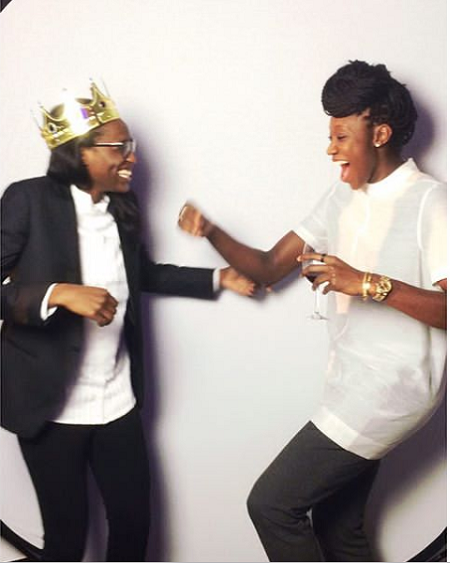 Though her love life is secret, her friendship is not. Not to mention, she spent quality time with her BFF, Kalana Greene, a professional basketball player. The two met at the University of Connecticut and played for the UConn Huskies women's basketball team.

Connecticut Sun selected Charles with the overall #1 pick in the 2010 WNBA draft.

Before the 2014 draft, she was traded to the New York Liberty in exchange for Kelsey Bone, Alyssa Thomas, and Elizabeth Williams. In 2018, Charles re-signed with the Liberty, where she is teamed up with Reshanda Gray, Han Xu, and Kia Nurse.