Further, she is a Nike athlete and wears it's Air Jordan brands basketball shoes, athletic, casual, and style clothing.

Besides, she also plays WNBL side Canberra Capitals. According to the source, for the next two seasons: 2019-20 and 2020-20, WNBL players will be guaranteed a minimum base wage of $13,000, a 73 percent increase from the previous season.

Looking at her contract, earnings, and endorsement, the Nurse's net worth in 2019 is approximately $0.2 million.

Nither single nor married, the twenty-three years old basketball player is currently in a relationship with her boyfriend, John Robinson IV. 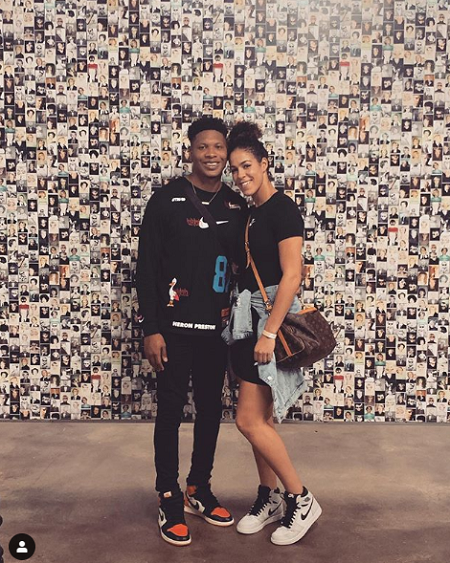 Her man runs a podcast called Ball Talk With JRob that dives deep into American sports, particularly American Football. He uses his millennial ideals and his college football background to create a completely objective perspective.

Come from a long line of professional athletes, Kia was born to parents: father, Richard, who played football for the CFL’s Hamiton Tiger-Cats, and her mother, Cathy, played basketball at Canada’s McMaster University.

She was raised alongside her sister Tamika, a former collegiate basketball player for Oregon Ducks women's basketball team and brother Darnell, a defenseman with NHL’s Edmonton Oilers. 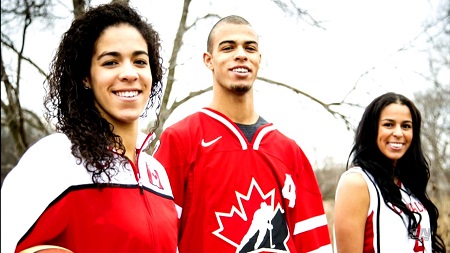 CAPTION: Kia Nurse with her sibling SOURCE: The Canberra Times