Alexandria, Virginia native, Tierra Ruffin-Pratt, is a professional basketball player who plays for the Los Angeles Sparks of the WNBA. Before joining Sparks, the Shooting guard / Small forward, played six-season long for the Washington Mystics.

Born on 11th April 1991, Ruffin-Pratt is currently 28 years old. She finished her colligate career at the University of North Carolina and played high school basketball for the T.C. Williams Jogh School in Alexandria, Virginia.

A professional since 2013, Ruffin-Pratt has an estimated net worth of around $0.2 million. Currently, Ruffin-Pratt is under a one year / $56,375 contract with the Los Angeles Sparks, including an annual average salary of $56,375. 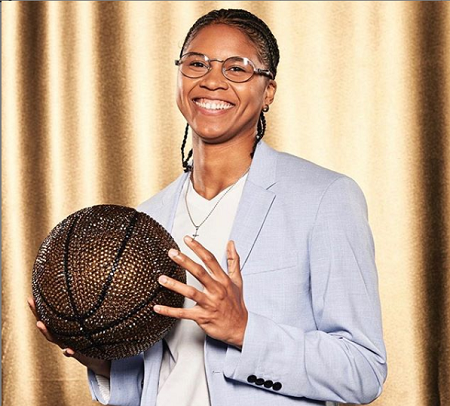 Earlier, she spent six years long with the Washington Mystics, through which she might have summoned decent sum.

Ruffin-Pratt is among the WNBA player who has maintained personal life low key. The five feet 10 inches tall has shared less to no information about her love life, not even her relationship status.

Active on Instagram with 7,234 followers, she often posts profession related photographs rather than personal.  Further, there is no story about her romantic affair or boyfriend to be told.

Tierra Ruffin-Pratt was born to Deneen Pratt, who raised her alongside two other daughters as a single mother.
Her mother is a support system to her who never failed to bolster up her daughter. 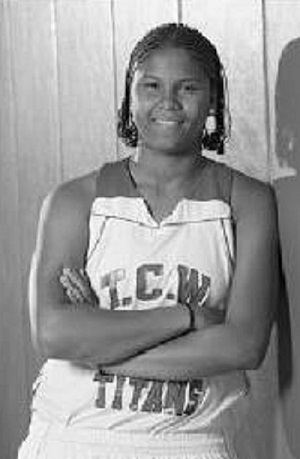 After Ruffin-Pratt won the national title with the Fairfax Stars, her mother looked for the team that would allow her kid to face the best competition. Further, they settled on the Virginia Beach-based Boo Williams team, with which Ruffin-Pratt will travel to Brazil, Portland, Ore., Chicago, and Florida over two months.

Even her Boo Williams teammates, most of whom are three years older than her, say the basketball scene has changed dramatically since they were in middle school.

After Ruffin-Pratt remained undrafted in the 2013 WNBA Draft, she joined the Washington Mystics training camp roster in May. Eventually, she became the starting shooting guard for the team in the 2015 season. The same season, she averaged a career-high in scoring, appearing in 32 games with 31 starts.

The following season, she switched to small forward to make room for the Tayler Hill at shooting the guard.

In the 2017 season, she signed an extension contract with the Mystics once her rookie contract expired and played until the 2018 season.

In 2019, Ruffin-Pratt agreed to a one year contract with the Los Angeles Sparks where she is teamed up to famous  Sparks' star: Nneka Ogwumike and Alana Beard.