Nneka Ogwumike is a Nigerian descent American professional basketball player who plays for Los Angeles Sparks of Women's National Basketball Association (WNBA) as a Power Forward. Additionally, she was drafted no.1 overall in the 2012 WNBA draft.

Nneka Ogwumike's current salary is $115,000 and her net-worth is under review. Although she has gained immense popularity through her playing career, there aren't any rumors about her potential boyfriend or the husband in the media yet. Also, if you feel like knowing more detail about Nneka's bio, take your time to go through this article till the end.

Is Nneka Ogwumike Married? Let's know About Her Dating Life

Professional basketball player Nneka Ogwumike is yet to tie her wedlock. Further, she is alleged to be single but her social media kind of deny that. Sometimes she acts as she in a relationship by tweeting some posts. The rumors continued to grow after she responded to her self-made rice and with the caption strewed the dish, “@ROSGO21 My future husband won't starve at least” 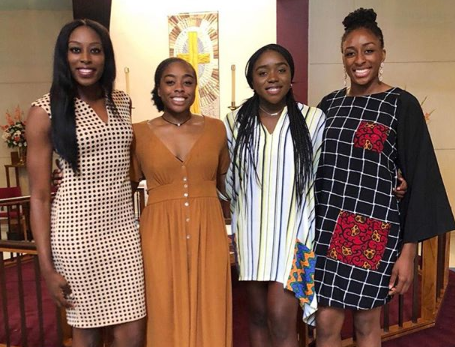 We can't confirm about her probable spouse as she keeps her love life low key. She likes to keep it behind the curtains making public confuse and curious. From these we can say, she is focused on her career than the love affairs. Besides this, she spends quality time with her parents and family. Also, she goes to the beaches to enjoy her vacations.

How Much is Nneka Ogwumike Salary and Net worth in 2019?

However, there isn't any concrete information about her net worth yet. As per the assumptions and reports, she seems to be enjoying a decent lifestyle with her family. So this suggests that she has managed to collect a good amount of money form her playing career.

In addition, she is one of the highest paid players of WNBA similar to Maya Moore and Cheyenne Parker. Especially, Median salaries in the WNBA are around $71,635, and starting salaries are $50,000, while players in the Euro League start at $100,000.

Also, she has an endorsement deal with Nike an Adidas. However, she hasn't revealed any information about how much she earns from the deal.

We're here to create. Excited to be joining #teamadidas. #ThreeStripeLife

Exploring her Social account, we also found that she associated with SlamKicks, promoting shoes through which she has been earning a decent sum of money.

Professional Nigerian-American basketball player Nneka Ogwumike was born on 2 July 1990 in Tomball, Texas. Also, she is born to her parents namely, Ify Ogwumike and Peter Ogwumike.

She is an ethnic group of African American and has an American nationality. Further, her sunshine is Cancer. She has three sisters namely, Erica Ogwumike, Olivia Ogwumike, and Chiney Ogwumike.

Ogwumike studied at Cypress-Fairbanks High School in Cypress, Texas, where she led her high school team in her senior season to a 5A State Championship. She attended Stanford University and recorded for her college basketball team a career-high score of 42 points.

The Los Angeles Sparks picked Ogwumike in the 2012 WNBA draft for the first time overall on April 16, 2012. She became Cypress-Fairbanks High School's second player to be drafted No. 1 in 2007 into the WNBA overall behind Lindsey Harding.

She was named WNBA Rookie of the Month four out of five times during her Rookie season and was also awarded the year's 2012 WNBA Rookie. For the second time in her career, she was voted as a WNBA All-star in 2014.

She was named AP WNBA Player of the Year during the 2016 season, her records also earned her the 2016 WNBA Most Valuable Player Award after finishing third in the league. She was named President of the WNBA Players Association the same year.