Thembinkosi Lorch Earnings; How much is his Net Worth?

Moreover, he also earns an additional amount of cash from his deal with Puma brand; however, the details about how much he receives from the deals are not in the media yet. Besides, he wears the outfits designed by Calvin Klein and posted several photos on his Instagram. He reportedly has the deal with the brand too through which he earns a good sum. 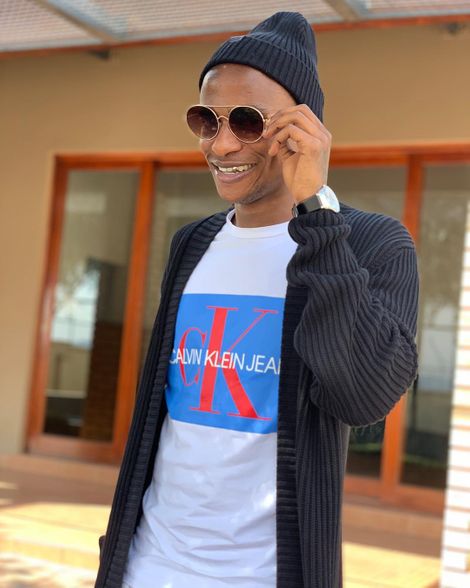 Besides, Lorch has been living a lavish lifestyle which is all because of his excellent paycheque. Furthermore, with all the references and assumptions, we can conclude that Thembinkosi has managed to collect a decent fortune from his playing career.

Is Thembinkosi Lorch in a Relationship?

Thembinkosi is among the athletes who belong to the unmarried club. Also, the information about his probable girlfriend or wife is not in the media yet. Moreover, he seems to be focused on his career and doesn't seem to be interested in love affairs. However, his Instagram account suggests that he has a good social life as he often spends time with his friends and family.

Besides, he is pretty famous in social media and can be found with the username "nyoso_3" on Instagram, having almost 80 thousand followers. As of now, the information about his current relationship status is behind bars, but the fame he has been gaining certaily suggests that it's just a matter of time until he finds the love of his life.

Thembinkosi was born on 22 July 1993, in Bloemfontein, South Africa. Apart from the pictures, the information about his parents is not in the media yet.

Lorch is a South African native and belongs to the African ethnic group. Also, Lorch was born under the star sign Cancer. Besides, the detailed information about his early life and childhood is not in the media yet.

As of 2019, Thembinkosi currently plays as a midfielder for the Orlando Pirates of Premier Soccer League (PSL). Likewise, he also represents the national team of South Africa who most recently featured in the 2019 Africa Cup of Nations.

In a game against Egypt, he scored a goal to help his team to reach the round of 16 in the 2019 Africa Cup of Nations. Some of the other renowned faces in soccer are Tyler Adams, Yusuf Poulsen, Joshua Kimmich, and  Emil Forsberg.