Yussuf Poulsen of Tanazian descent is a Danish professional player who plays a dual role as a  striker and occasionally winger for the German football club, RB Leipzig. Further, he was included in the 23 men's squad for Denmark's national team and is picked for the 2018 Worldcup in Russia.

The twenty-eight years old earn over £3,224,000 and has an estimated net worth of $5 million currently. Further, he is a proud father of two children from his long-time fiance, Maria Duus. 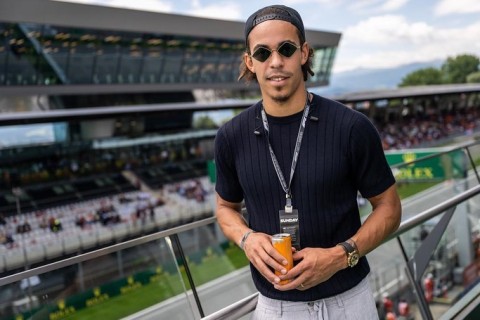 Besides their salary from the football club, he earns a hefty sum through endorsement deals with various brands including Nike.

His current market value is €30 million as of now. With tremendous earnings, he is living a lavish lifestyle.

Yussuf Poulsen, a Danish striker has a charismatic personality and outstanding talent that has gained him recognition and attention among his fans and media. His popularity has stolen many hearts of many people.

Currently, he is in an open relationship with his long-time girlfriend, Maria Duus. The two is dating since 2015 and have lived together in Leipzig for almost four years. The couple has known each other since 4th grade. 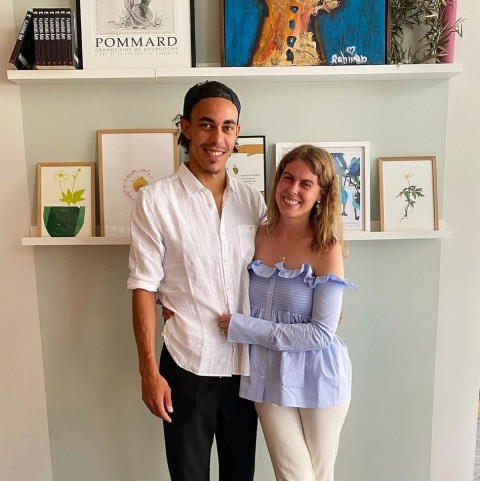 Yussuf shares a photo with his fiance  SOURCE: [email protected]

Poulsen often shares adorable pictures with his loved ones via his official socials, which they have captured while on fancy dates and vacations.

On March 31, 2019, Poulsen revealed that he is expecting their first child. The duo welcomed their first child in October 2019. The family of three expanded to four with the birth of a daughter in mid-2022.

Yussuf Poulsen was born to a Tanzanian father and a Danish mother. As his father was an East African-Islamic man, he is a mixed-racial Danish citizen. His name Yussuf comes from his father's side as he was a Muslim.

The player had a rough childhood as he struggled a lot with the fact of not having his father around while growing up, as his father died of cancer while Yussuf was only six years old.

He started his football career at the Danish football club, BK Skjold as a defensive player but later switched to play as a forward in the team.

After playing for Lyngby BK's youth team, he made his professional debut for the senior team on 4 December 2011 against AC Horsens. He was not very successful in his early season for Lyngby BK.

He scored his first goal for the club against AB Gladsax in August of 2012. After some impressive performances, he became a prominent and regular player in the club.

During his time at the club, he scored eleven goals.

His exceptional achievement at the Danish Club, Lyngby BK attracted the eyes of a lot of European and local clubs in Denmark. He signed a contract with German football club RB Leipzig which was later promoted to 2nd division Liga.

The club was also promoted to German Bundesliga League in 2016 after its impressive unbeaten streak during its initial thirteen games during the 2016/17 season.

Poulsen scored his debut goal in the Bundesliga against FC Augsburg in the 2016/17 season for Leipzig. He helped his club to become runner-up to eventual champions FC Bayern Munich at the 2016-17 Bundesliga.

He, like many of his fellow Danish players, started his international career at the Under 16 Level. He was one of the players that were in the squad of Denmark U-17 in the 2011 UEFA European Under-17 Championship that made it to the semi-final stage of the tournament.

The Leipzig striker made his international debut with the senior team against Albania on October 11, 2014.

As a striker, he scored his first international goal against Serbia in a friendly match on June 13, 2015.