Themba Zwane is a professional football player from South Africa who currently plays in the African top league, Premier Soccer League. He plays in the midfielder position for Mamelodi Sundowns where he joined in 2011.

Zwane wears the Number 18 Jersey for his team. He has also represented South Africa in international tournaments since 2014. He is a 5 times winner of the South African Premier Division and a 2 time Nedbank Cup which he won in the 2014-15 and 2019-20 seasons.

Themba Zwane, famously known as Zwane was born on August 3, 1989, in Tembisa, South Africa. According to astrology, his birth sign is Leo. 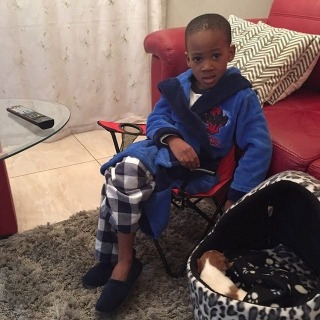 He was born to his father Mandla Mngunj and his mother Lindiwe Zwane. As per him, his family background was very poor and even had difficulty in providing basic needs. His mom, Lindiwe passed when he was about 10-11 years. He has 3 siblings, all-sisters.

He grew up with his grandmother Anna Mnguni.

Read: Who is Eric Mathoho? Bio and Early Life

He started his youth career as a player of M Tigers. He played there for a few years before moving to Verdo Fc.

Finally, in 2011, he got his chance to play for the senior team of Mamelodi Sundowns where he has been playing since then. He has already scored more than 165 goals in more than 310 appearances.

What is the height and weight of Zwane?

His weight is around 67 kg and has short black hair.

What is the net worth of Zwane?

Themba Zwane is one of the top players of South Africa. As per the source, the net worth of Themba is estimated to be $1.4 million approximately. Most of the earnings come from his profession of playing football in his home country. 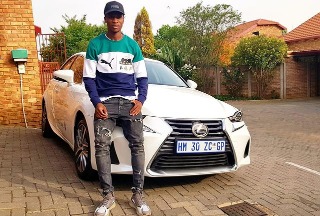 His net worth includes his properties, cars, houses, and assets.

Being one f the top players of South Africa for more than a decade, he has been sponsored by PUMA, a sportswear manufacturer. 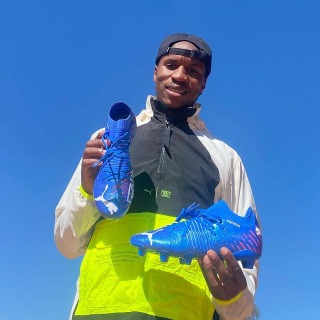 He frequently shares their photos on his social media promoting them. Especially, he promoted the Future Z edition of PUMA. The exact monetary transactions involved between the two parties are not revealed yet.

Themba owns a white BMW car which was sponsored by BMW Menlyn. In September of 2020, he posted a photo in which he was seen by BMW officials. He captioned the photo,

"Thanks you to BMW Menlyn for the amazing test drive"

He has been riding the car since then.

The detailed information about his house is not revealed to the public.

Is Themba dating anyone?

The Mamelodi's attacking midfielder is living a happily married life with his partner Lizzy Likhayo. The couple has been together for more than 8 years as of 2022.

He met his wife during his high school days. The pair dated for a few years and decided to get married. The wedding ceremony was held in South Africa in the presence of their close friends and relatives.

Who is Themba's wife Lizzy

Themba Zwane's partner Lizzy, whose full name is Lizzy Likhayo is a family woman. She is also famous for becoming the wife of Zwane and the mother of his children.

She has been together with her husband's thicks and thins.

In 2014, he was involved in controversies. He was accused by his wife Lizzy of having an extramarital relationship with a mistress. While the player denied his extra relation.

It was proved that he was having an intimate relationship with another girl despite having a wife at home.

According to the mistress, with whom Themba was in relation, she was told that Themba was not married. She was totally unaware of his wife.

And according to the mistress, whose name is kept secret till now, Zwane used to have a chain of relationships with other girls.

Read: Who is Bradley Grobler's Wife?

T Zwane: Father of a child

The Mamelodi Sundowns Number 18 and his loving wife, Lizzy are blessed with a child, a son. 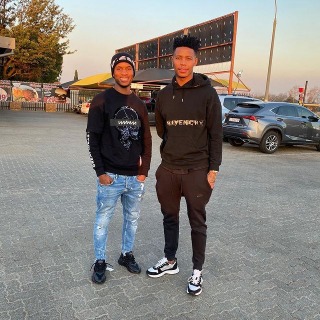 He has never revealed his son's name in the public till now. And he has not shared a bit about his son's photo on his social media too.

That might be the reason his mistress could not suspect his relationship.

His son Zwane Jr is a child whose age is about 6 years old but the exact date of his birth is not revealed yet.

He is active on Twitter with the username @mshishi_ where he has more than 2,600 followers. He sometimes gives about himself through his Twitter id.

He mostly uses Instagram where he has a lot fan base with a count of more than 156,000 followers. His Instagram Id is @mshishi18 where he frequently shares his photos related to his personal life, games, and training.

He also loves sharing his time by visiting different places.