As the 2022 FIFA World Cup draws closer every day, we keep a lookout for the top footballers. And so, we recently covered the top players, top goalkeepers, and the top forwards in the upcoming tournament. As such, it's only fitting to touch on the best defenders at the 2022 World Cup! And even with all the states available on the net, sometimes the underdogs can be the best!

Although looking forward to the future is always good, sometimes looking back at the past can be helpful too! So, with the legends like Paolo Maldini, Bobby Moore, Cafu, and others once considered the best defenders in soccer, young and ambitious players keep coming with each passing year.

Marquinhos started playing soccer at a very young age. Interestingly, he started playing at the Corinthians at the age of eight. Likewise, Marcos Aoás Corrêa played for the Corinthians throughout his youth career. And then, he played for Roma in 2013, but in the same year, he transferred to Paris Saint-Germain. And since then, Marcos has been a member of PSG. And through his salary and brand sponsorship, Marquinhos earned an estimated net worth of $79 million! 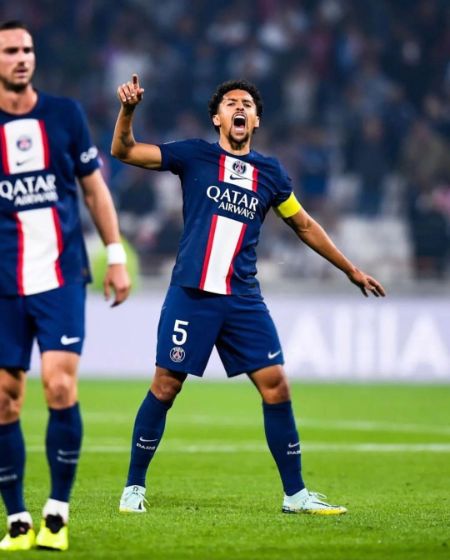 Marquinhos plays as a defender in the Brazilian Nation Team.
SOURCE: [email protected]

By 2011, Marquinhos had started playing on the international stage. In the beginning, Marcos appeared in the Under-17 tournaments. And then, in 2013, Corrêa joined the main Brazilian roster. Overall, Marcos appeared in 69 matches representing Brazil. And in those matches, the talented defender scored four goals. Marquinhos appeared in over two hundred games and bagged 23 goals in his club career.

The French soccer star, Presnel Kimpembe, started his career playing for AS Éragny in 2002. Likewise, in 2002, Kimpembe was only seven years old. And by 2005, Presnel moved to Paris Saint-Germain. And in 2013, the defender joined PSG's B team, where he stayed and honed his skills till 2016. Although Kimpembe joined the French club's main squad in 2014, he mostly played for the B team. And as of 2022, Presnel owns a roughly calculated figure of $37 million as his net worth. 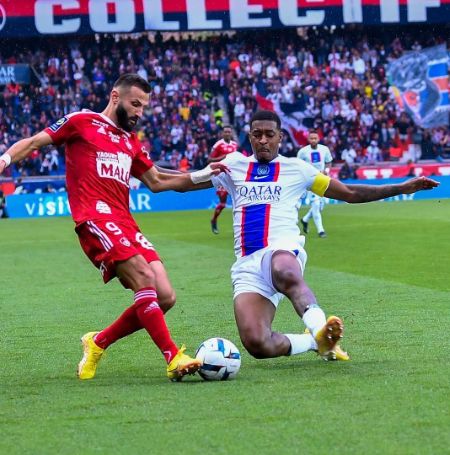 The 27 years old Kimpembe made his international debut in 2014, appearing in the Congo DR national under-20 team. But, the following year, Presnel started playing for the French national team. Finally, in 2018, the PSG defender landed a place in the national squad. And throughout his career, the French footballer appeared in 227 matches. And Kimpembe scored only two goals, but his defensive ability is top-notch.

João Cancelo started his journey as a soccer player at thirteen. And Cancelo joined the Barreirense club local to his hometown. João Pedro Cavaco Cancelo played for the club for five years, starting in 2002 and leaving in 2007. Cancelo then joined Benfica for the remainder period of his youth career. João would play for Benfica till 2015 and later transfer to Valencia. After a few years, though, he signed with Machester City. And as of 2022, Cancelo enjoys a net worth of around $37 million. 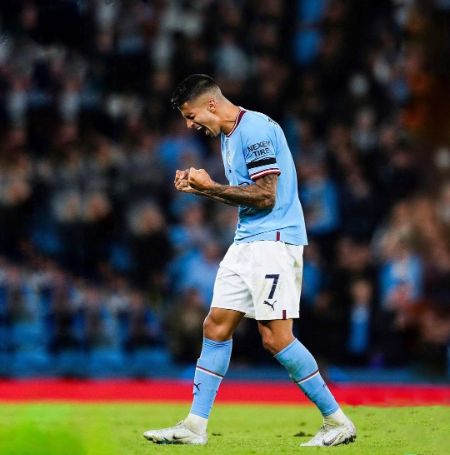 João Cancelo plays as one of the defenders in the Portuguese national team. SOURCE: [email protected]

Moving to João's international career, he started playing for his country in 2010. And Cancelo's first match for his nation was in the Under-16 tournament in 2010. And finally, in 2016, the Manchester City player was on the Portuguese national football team. Over the years, he played in hundreds of matches, 266 club games, and 36 national team matches. João scored a total of eighteen goals in his career.

Éder Militão is a Brazilian footballer, currently playing as a center-back at Real Madrid football club. But, he started playing for São Paulo, a Brazilian club, in 2010. Likewise, Militão played at the club throughout his youth career and a year in the senior division. After that, Éder Gabriel Militão went to Porto in 2018, and by 2019, he signed with Real Madrid. Militão holds an approximated net worth of $50.5 million in 2022. 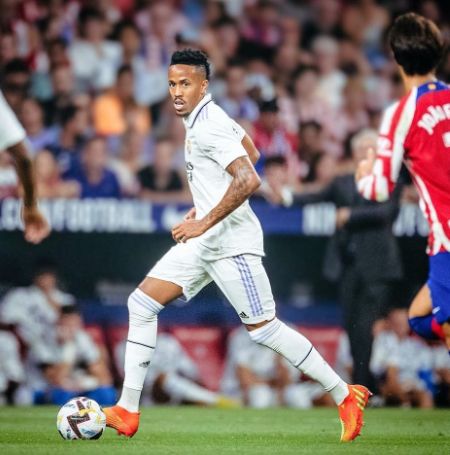 In 2015, Éder appeared in the Brazilian national under-17 team. Likewise, he played for five matches in the U-17 tournaments. And three years later, Militão became an official Brazilian national football team member. Standing at six foot one, Éder is still in his early twenties, so his potential hasn't peaked. And many soccer fans think Éder can be one of the greatest defenders of his generation.

Born in Berlin, Antonio Rüdiger started playing soccer in 2000. Likewise, since then, Antonio has played in many youth clubs, but he has stayed in VfB Stuttgart for five years. And in his senior journey, Rüdiger played for the clubs like Roma, Chelsea, and Real Madrid. And as of 2022, Antonio plays for Real Madrid. Presently, Rüdiger enjoys a massive fortune as his net worth. And Antonio's total assets are estimated to be around $17.3 million. 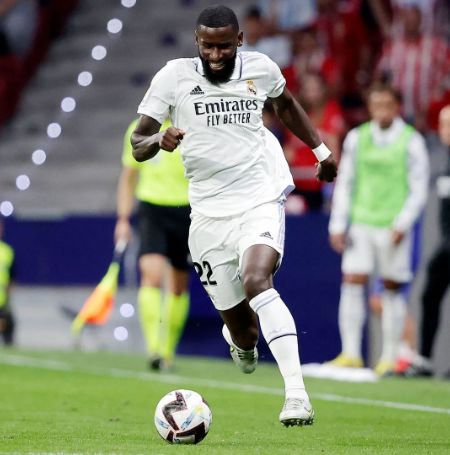 Many soccer fans think Jules Koundé of France holds immense potential to become one of the greatest defenders of his generation. Likewise, Koundé found the start of his football career at the club Fratenelle de Landiras in 2004. He started playing for Landiras at six and left to join Cérons when he turned eleven. At the end of his youth career, he played for Bordeaux Football Club. As of 2022, Koundé started playing for Barcelona. And currently, Jules owns an estimated net worth of $11.2 million. 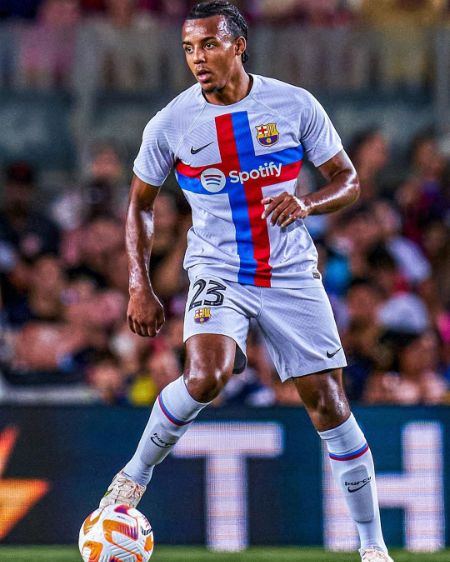 In 2018, Jules made his debut in his international career. Koundé appeared as a member of the French national Under-20 squad in 2018. And by 2021, the talented Barcelona defender found his spot on the national football team of France. And since then, the 23-year-old Jules has appeared in twelve games, showing promise of a brighter career in each of his appearances.

Virgil van Dijk first made his national debut in the year 2011. What's more, Virgil's first national match was in the Under-19 tournament, where Dijk was representing the Netherlands. And by 2015, Virgil managed to find a spot for himself in the national football squad of the Netherlands. Besides, Dijk appeared in hundreds of soccer matches, most of which consisted of club games. The Dutch soccer star earns £220k weekly. Virgil holds an estimated £30 million as his net worth! 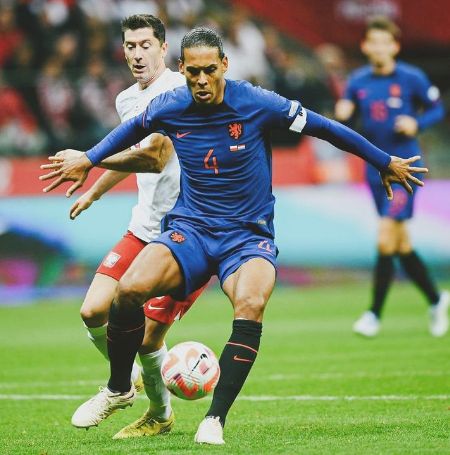 As of right now, Virgil plays the defensive position for Liverpool. And the Dutch football player joined the club in 2018. Before that, Dijk was with the Southampton Football Club. But, he would gain his start at the Willem II club in 2009. And throughout his career, Virgil appeared in 340 club matches and 48 games representing the Netherlands. Similarly, Dijk holds thirty-nine goals under his belt.

Kalidou Koulibaly was born in Saint-Dié-des-Vosges, France. And since Koulibaly holds dual nationality of French and Senegalese, he can play for both nations. And as such, Kalidou started his international career in France, appearing in 2011 and 2012 in the Under-20 tournaments. However, in 2015, Kalidou Kevin Koulibaly became a part of the Senegalese national team. And as of 2022, the Senegalese defender owns approximately £67 million or $75 million as his net worth. 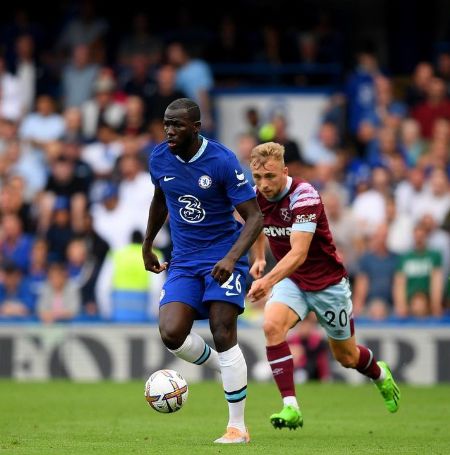 In 1999, Kalidou started his soccer career in Saint-Dié. Likewise, the football player worth millions began his journey at eight. During Koulibaly's youth career, he bounced between Saint-Dié and Metz. He'd later finish his junior division in Metz and stick with the club till 2012. From then on, Kalidou played for the clubs like Genk, Napoli, and Chelsea. As of 2022, the French-Senegalese defender played in 377 club matches and over 60 games as a Senegalese football player.

The Amadora native, Rúben Dias, plays for the Manchester City football club. And Dias joined the club in 2020 after his contract with Benfica ended. What's impressive is that Rúben started playing soccer professionally in 2006. Likewise, Dias started playing his youth career in his hometown club, Estrela da Amadora. But by 2008, he'd be under Benfica's flag. And he stayed with SLB till 2020. And now, Rúben holds an estimated net worth of £36.3 million, or around $40 million. 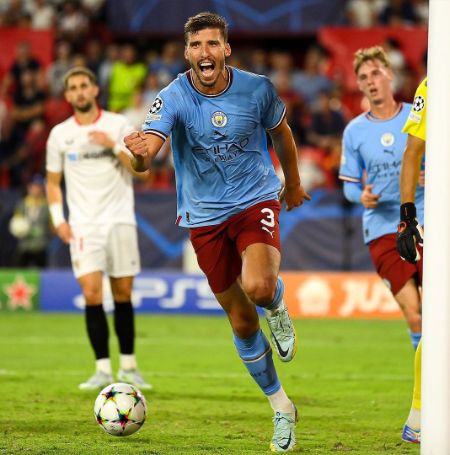 By 2013, Dias had tasted the international stage. Rúben first appeared in Under-16 games for the Portugal national youth team. Likewise, the young Portuguese footballer became a staple of the youth division. Finally, in 2018, Fernando Santos called him to the Portuguese senior soccer team. And Dias even appeared in the 2018's FIFA World Cup. Also, he played a part in a total of 37 matches as a member of the Portuguese national team. Over on the club games, Rúben appeared in a total of 214 matches.

One of the youngest players on today's list, Matthijs de Ligt, is a player to look at in the upcoming FIFA World Cup. And Ligt currently plays for Bayern Munich, signing with the club in March of 2022. And before playing for FC Bayern, he was with Juventus from 2019 to 2022. But, Matthijs started his football journey in a little club called Abcoude in 2005. But he moved to Ajax in 2009, and the Dutch defender stayed there till 2019. Matthijs currently owns an estimated figure of £33.1 million or $37 million as his net worth. Matthijs de Ligt with the ball in his possession. SOURCE: [email protected]_

Ligt started his international career when he was only fifteen years old. Similarly, he first played for the Netherlands in an Under-15 tournament. And Matthijs kept his appearance in the Youth Divison till 2016. And the following year, Ligt managed to earn a spot on the Netherlands National Football Team. Likewise, he appeared in 38 matches on the international scene. His most recent goals were against Germany and England.