Eder Militao is a professional football player from Brazil who plays as a center-back for the Spanish club Real Madrid. Apart from that, Militao also performs great while playing as a right-back or defensive midfielder.

The Brazilian footballer began his career after joining Sao Paulo, and later, he played for other teams too. Since July 1, 2019, Militao has been representing Real Madrid and has been a part of the team that won many championships. He is also the winner of Primeira Liga Team of the Year (2018-19).

Who Is Eder Militao’s Girlfriend? Explore His Dating Life

As of now, Eder Militao is single, and he is not dating anyone. However, he had an affair in the past. According to Telecom Asia Sport, Militao was in a relationship with Carolina Lima. The same report shows that Militao met his ex-girlfriend in early 2021. Their relationship was going pretty well, and when they were dating, Militao and Lima were spotted several times in various places. Furthermore, the former pair made their relationship public in early 2021 when they appeared in the Copa America final.

And just after six months, it was revealed that Militao's girlfriend, Lima was pregnant. But they have already broken up, and both of them are on their own way.

Militao Enjoys a Net Worth of a Million Dollars

Militao has been playing football professionally for over a decade and currently plays for Real Madrid. When he left FC Porto to join Real Madrid, Militao received a whopping deal worth €50 million. And when he joined FC Porto after leaving Sao Paulo, the footballer had a transfer fee of €7.00m.

So, it is clear that Militao is doing good in his career, and just like his skills, his earnings are also increasing daily. According to Sports Brief, Militao is estimated to have a massive net worth of around $1 million to $5 million.

Likewise, his current market value is €60.00m. No doubt, Militao lives a lavish life with his impressive bank balance, which he earned from being a professional footballer. Militao flaunts his life via his IG handle, where we can follow him under the username @edermilitao.

As said earlier, Militao began playing football in Sao Paulo, where he spent his early days. In his senior year with the team, Militao made 49 game appearances and also scored five goals. For the 2018-19 season, the defender moved to play with FC Porto. 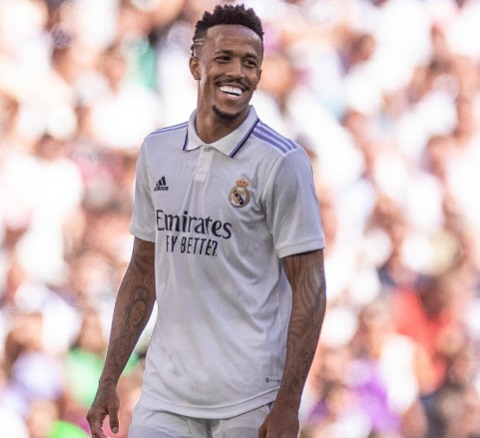 After making his debut for Porto on September 2, 2018, Militao played in many games. He appeared in 29 games and scored three goals for the team. Later, Militao received a chance to play for the Spanish club Real Madrid, and with them, he signed a deal on March 14, 2019.

In 2015, the Brazillian footballer appeared in five games for U17 Brazil's national team. Finally, on September 11, 2018, Militao made his debut for the senior squad Brazil by playing against El Salvador.

Eder Gabriel Militao was born on January 18, 1998, to his parents, Edvaldo Militao (father) and Ana Maria Militao (mother). Talking more about his family background, Militao is not only the child of his parents as he was raised alongside his two siblings named Militao Junior and Maria Julia. All of them grew up in Sertaozinho, Sao Paulo, Brazil. So, Militao holds Brazilian nationality, and he belongs to a mixed ethnic background.