Thanasi Kokkkinakis is a rising Australian Professional tennis player. He is best known for defeating then World Number 1, Roger Federer, in the second round of the 2018 Miami Open. Thanasi has been playing professional golf since 2013.

Thanasi Kokkinakis was born Athanasios "Thanasi" Kokkinakis on April 10, 1996, in Adelaide, South Australia. He is among the two children born to Trevor Kokkinakis and his wife, Voula Kokkinakis. His parents immigrated from Greek in their early life. He has a brother named Pan Kokkinakis. Kokkinakis also has Greek citizenship. Talking about his physical appearance, Thanasi stands six feet and five inches tall and weighs 82 kgs.

Thanasi Kokkinakis Net Worth and Career Earnings in 2021

Thanasi Kokkinakis has an estimated net worth of more than $1.4 Million as of 2021. He is still young and is at the beginning of his career, however, has already made career earnings of $1,431,596 from Prize Money Singles & Doubles combined so far. In 2021, he has earned $2,500 until February. 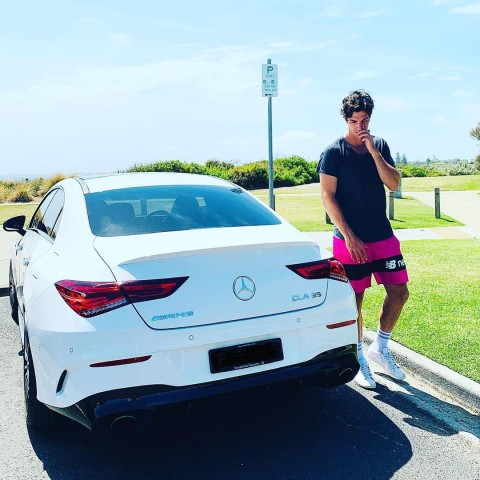 In 2020, Thanasi earned $219,000 from his five major events. He reached the final of the Tiburon Challenger but lost to Tommy Paul in the final. Kokkinakis is very much early in his career. He will be earning much more in the days to come. Thanasi has an endorsement deal with New Balance since 2020 and can be seen wearing the outfits designed by the company.

The Australian tennis player seems to be living a single happy life on his own. There have been no rumors of Thanasi dating someone. He is an active social media user and keeps updating his fans about his training and his free time. He likes to spend much of his time with his family and friends and loves to party out.

However, Thanasi could secretly be dating someone and waiting for the right time to open about his relationship status. He is very much early in his career and could be focusing on his career rather than spending time with people.

Kokkinakis started playing tennis at the age of eight, along with his elder brother. He came to the limelight after winning the 2008 National Lawn Tennis tournament in Mildura. The following year, Kokkinakis was selected on a Tennis Australian European tour.  The player received a wildcard into the 2013 Australian Open. He lost the final up against Nick Kyrgios. In 2014, Thanasi lost US Open Boys' Singles in the final.

The player turned professional in 2013. He competed in the qualifying competition of 2013 Australian Open but lost. He had an injury and missed half of the season. In 2014, Thanasi played in several International Tournaments through wildcard. He won his first singles title in Canada on July 13, defeating Fritz Wolmarans in the final. At the end of the season, Kokkinakis entered into 150 World Ranking.

Thanasi missed the 2016 season due to a left shoulder injury. In 2017, Kokkinakis and Jordan Thompson reached the final of Brisbane International double and won the last. In 2018, He had a bad start to the Australian Open but made it to Miami Open. Thanasi defeated world No. 1 Roger Federer in the second round in three sets. In August, He won the singles and doubles title at Nordic Naturals.