If you have been following Tennis then, Nick Kyrgios must not be a new name. He is a rising Australian professional tennis player. He has won six career titles to his name, which include five singles and one double title. Nick turned professional in 2013.

Nick Kyrgios was born Nicholas Hilmy Kyrgios on April 27, 1996, in Canberra, Australia. He is among the three children born to Giorgos Kyrgios and his wife, Norlaila. His father is a self-employed house painter, and his mother is a computer engineer. He has a mixed family background, his mother from Malaysia, and his father is from Greek. He has two siblings, brother Christos and sister Halimah. After graduating from High School, Nick gained a full scholarship at the Australian Institute of Sport, where he could further develop his tennis.

Nick Kyrgious Net Worth and Earnings from Tennis Career

Nick Kyrgios has an estimated net worth of more than $8 Million. He has accumulated most of his net worth through his successful tennis career. The tennis player is also very much early in his career and shall be earning much more in the days to come.

Nick ranks at 92 number in the all-time highest-earning tennis players with $8,557,848, where Novak Djokovic tops the list with $145,656,177. At present, Kyrgios has multiple endorsements deals with Yonex, Nike, and headphone giant Beats. He has a small car collection that comprises brands such as BMW, Mercedes Benz, and Range Rover. 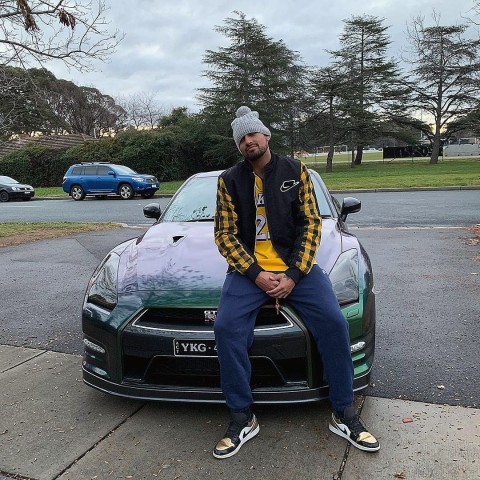 Nick shares a photo with his car SOURCE: Instagramk1ngkyrg1os

Who is Nick Kyrgois Dating? Know About His Relationship Status

Nick is currently dating his longtime girlfriend, Chiara Passari. Following his Instagram posts, it seems like the love birds have been seeing each other for more than a year. There is not much information about their first meeting instances. Chiara seems to be very much supportive of each other. 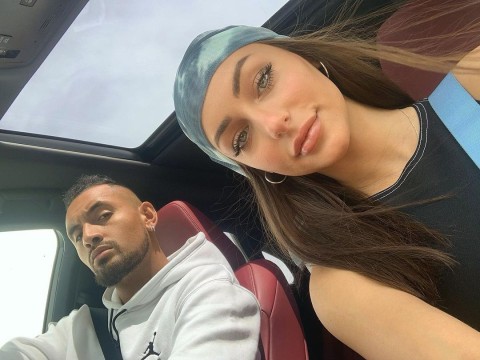 Both of them keep sharing each other photos in their timelines regularly. Besides training in his free time, Nick likes to spend his free time with his family and his friends.

Nick won his first ITF junior tour title in Fiji in June 2010. In 2013, He ranked at number 1 junior World Tennis. The same year,  Kyrgios won his first and only junior grand slam title. In 2013, Nick turned professional and made his debut in the 2012 Australian Open.

He played in several tournaments in 2013 but could not win a title. In 2014, the Australian player made it to the quarter-final of Wimbledon where he defeated world number one Rafael Nadal.

In 2016, Nick won three titles and rose to the top 15 in World Tennis Ranking. He won his maiden ATP title at the Open 13 in Marseille. The following season, Kyrgois reached the Masters Final but lost to Grigor Dimitrov. In 2019, The Australian tennis player won two ATP 500 titles.