Teemu Pukki is a Finnish professional footballer who plays as a striker for the English team, Norwich City, and the Finnish national team. His major honors include EFL Championship, a second division football tournament in the UK, EFL Championship Golden Boot, Premier League Player of The Month, Finnish footballer of the year, and Finnish Sports Personality of the Year.

Pukki was born in Kotka, Finland on March 29, 1990. As a youth, he trained with a local club, FC KooTeePee, a former club at Kotka, Finland.

Pukki made his senior debut with Kotka in 2006. Before departing the club in 2008, he made combined 29 appearances scoring three times. He next started to play for the Spanish team, Sevilla and received his La Liga debut at home against Racing on January 25, 2009.

After failing to secure a good playing time, he returned to Finland to play for HJK, a club based in the country's capital, Helsinki. For the Klubis, Pukki scored a total of 13 goals in 25 appearances.

He then moved to Germany having signed with a Bundesliga team, Schalke 04. During the three seasons with the Royal Blues, he appeared for 37 games and found the net on 8 incidents. He signed a four-year deal with Celtic on August 31, 2013. In 26 games played for the Scottish side, he contributed 7 goals across all competitions.

While still under contract with the Celts, he was loaned to a Danish team, Brondby with whom he spent a total of four years making 55 goals. He committed to play for Norwich City in 2018 and since has scored 66 goals emerging in 120 games. He has served the national team in 92 competitive matches whilst sending the ball through the opposition's post on 30 events.

Teemu Pukki's Net Worth and Salary

While not as fancy as the Premier League wage, EFL championship payouts still call for attention in part to its few selected class of players raking in the range of seven figures. In a bid to securing promotion, Sky bet clubs, in recent times, have been known to invest heavily in player compensations and subsequent benefits.

Even the unsung athletes pull in close to $40,000 a season playing at the second-tier football competition. 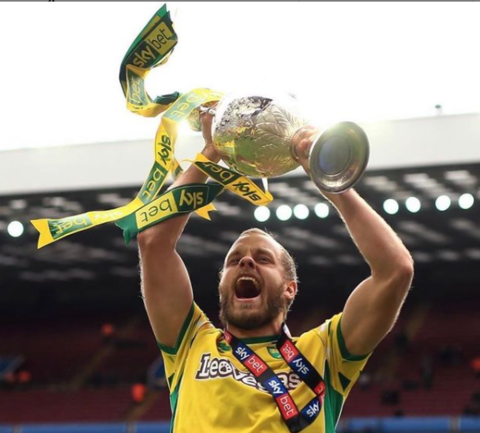 With Norwich dominating form in the 2020-21 season, their talisman, Pukki was stated being reimbursed on a staggering level - some even naming him one of the highest-paid Championship players along with Ivan Toney, Adam Armstrong, and Kieffer Moore with each of their weekly salary grossing over $80,000.

As such, since 2018, Pukki's career earnings allegedly have reached beyond $3 million - exclusively from the Canaries' salaries. His recorded salary in 2012 was a little over $600,000 - during his stint in Schalke, Germany.

Although there are little to no details regarding his payrolls before the Norwich era, he is reported to have had generated a sum in the realm of $1 million- $2 million. In taking the aforesaid analysis, it should be fair to claim Pukki's net worth suspends in the vicinity of the first million dollars.

Much of Pukki's time away from Norwich is devoted to his wife, Kirsikka Laurikko, their four-year-old daughter, Olivia, born December 2017, and their recent child, Ella.

Pukki married his longtime girlfriend, Laurikko in the summer of 2019 in Hanko, Finland. The couple is known to fill their Instas with hoards of their family pictures; now and then. Their off-time moments dominate their social profiles. 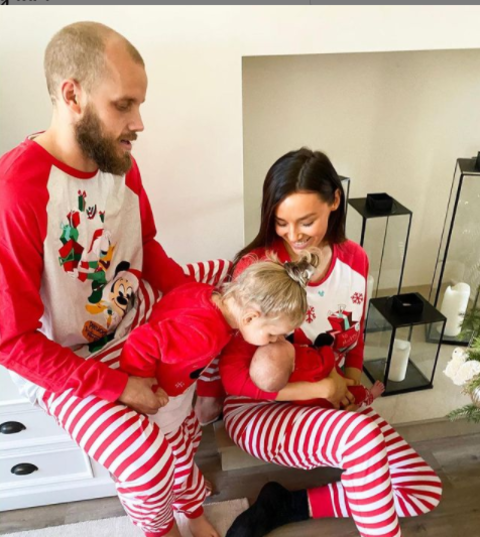 Teemu Pukki with his wife and daughters SOURCE: Instagram

Daily star reports, Kirsikka was the biggest reason for the Finnish striker's move to Norfolk. In an interview with BT Sport in 2019, Pukki said when he heard about City's interest he "didn't want to sign" but his wife did. She talked him into joining the Yellows and as per her husband deserved all the credit behind his 29 goals haul in the season 2018-2019.