Markku Kanerva is an exceptional former football player currently using his expertise talent as a head coach for the Finland national men's football team. He has accomplished a lot, both as a player and a coach. He has been named Coach of the Year twice by the Finnish Football Coaches Association.

Hailing from the suburbs of Helsinki, Finland, Markku Kanerva was born in 1964. He celebrates his birthday on the 24th of May every year, making him 57 years old.

Likewise, he goes by the nickname "Rive." His zodiac sign is Gemini. Sadly, there is not much to talk about when it comes to his family life and education. To this date, he has kept all of those up to himself only.

Markku Kanerva began playing football from a young age. After tallying some good records in local football, he was called up by his hometown club, HJK Helsinki. He made his debut, as a defender, in 1983 and went on to play for the team for seven years. In those seven years, he played in 184 games and scored 26 goals. 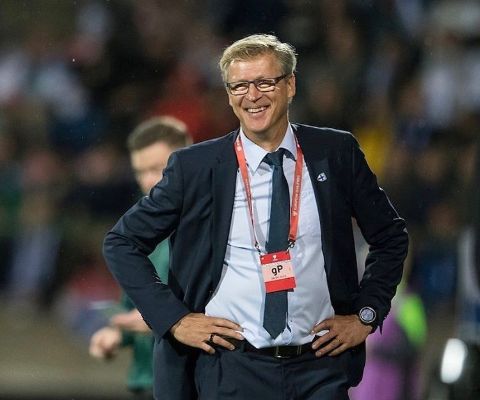 In 1991, he was signed by IF Elfsborg and played for only one year. During that time, he made 44 appearances and scored 3 goals. In 1993, he signed with FinnPa and played for only 26 matches. In the next year, 1994, he returned to his hometown club, HJK Helsinki. He played for the team till 1995 and won the Finnish League Cup.

When his tenure with the team ended, he was signed by FC Honka in 1996. However, his time with the team was cut short by injuries, and he was eventually released. In the same year, he was once again signed by HJK Helsinki. Markku played for the team from 1996 to 1998 and appeared in 37 matches only.

After a successful career that was cut short by injuries, Markku decided to take retirement in 1998.

Although Markku Kanerva left football, the football inside him didn't leave. Three years after his retirement, in 2001, the former school teacher returned to the football pitch as an assistant coach for HJK Helsinki. He served there till 2002 and moved to another team. 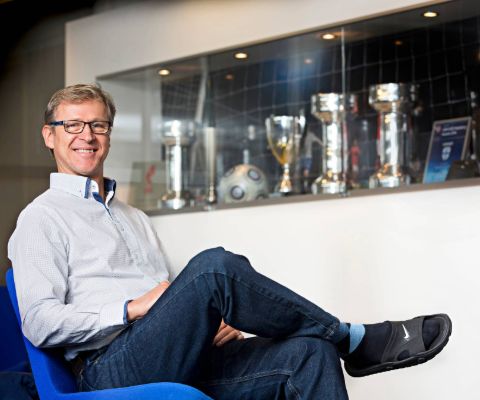 Markku Kanerva with the trophies he won SOURCE: seura.fi

In 2003, he was signed by FC Viikingit as their new head coach. Sadly, his time with the team didn't last long as he was released by the end of the season. In 2004, he was selected to work as the head coach for the Finland U-21 national men's football team. He coached the team from 2004 to 2010 and took the team to the greater heights.

Under his leadership, the Finland U-21 team could survive in the 2009 UEFA European Under-21 Championship for the first time. Furthermore, due to his performance, in 2008, he was named Coach of the Year by the selection of sports journalists and the Finnish Football Coaches Association. Likewise, in 2011, he was promoted as the assistant coach of the Finland national men's football team.

He served as the assistant coach for Finland national team from 2011 to 2016 before he was appointed as the head coach. Since then, he has been coaching the team brilliantly. Under his leadership, the Finland national team managed to win the 2018–19 UEFA Nations League C and survived in the UEFA European Championship in 2020 for the first time in history.

For his amazing coaching, he was named Coach of the Year for three straight years (2018, 2019, 2020) by the selection of sports journalists and by the Finnish Football Coaches Association in 2019.

Markku Kanerva must have earned a healthy sum while he was a professional football player. Likewise, he should be earning a good sum as the head coach for the Finland National men's football team. So, how much is his net worth?

Although the exact figures are not known, it is believed that Markku Kanerva has a net worth of around $4 million - $5 million.

Is Markku Single or Married?

The football player turned coach is a very private person when it comes to talking about his romantic life. To this date, he has not mentioned anything about having a girlfriend or a wife or children. 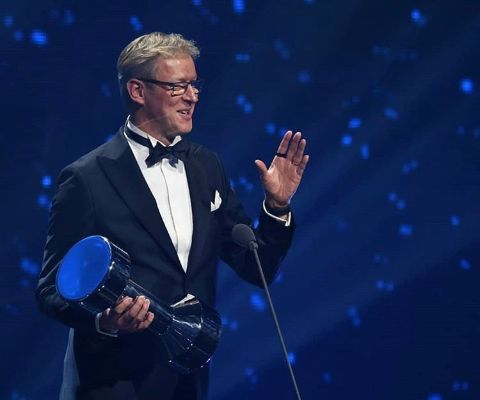 Markku likes to keep all of those details up to himself only and doesn't share much with the public. As a result of his secrecy, it cannot be said that either he is single or is committed to a relationship.