Thomas Lam was born Thomas Anton Rudolph Lam on December 18, 1993, in Amsterdam, Netherlands. He was born and grew up in the Netherlands to a Finnish mother and a Dutch father. Lam rose to fame through his professional career so, much about his parents is still under investigation. Thomas stands six feet and two inches tall and weighs 75 kg.

Thomas started playing football from a very early age. He joined Amsterdamsche and played with its youth ream until 2005. Lam then moved to AZ Alkmaar and played with the team until 2012.  It was announced on April 13, 2012, Lam signed a contract with AZ, keeping him until 2016. He was named Finnish Tale's Promising Player of the Year.

Lam suffered a setback when he suffered a thigh problem in the 2012/13 season. However, he went on to finish the season, making six appearances for the club. The following season, Thomas made just one appearance. In 2014, The Finnish player moved to PEC Zwolle and signed a long-term contract. Lam made his PEC Zwolle debut on 16 August 2014, where he came on as a substitute.  Thomas scored his first hat–trick of his career against Hardenberg. In the 2015–16 season, Lam established himself in the first-team regular in the center-back position.

In July 2016, Lam was transferred from Zwolle to Nottingham Forest on a free transfer. However, after missing most of September due to injury, He returned and played the remaining season. In the 2017/18 season, Thomas signed with FC Twente and started in every match until he was suspended in early December. Since 2018, He has played with his former club, PEC Zwolle, and appeared in forty-seven games. 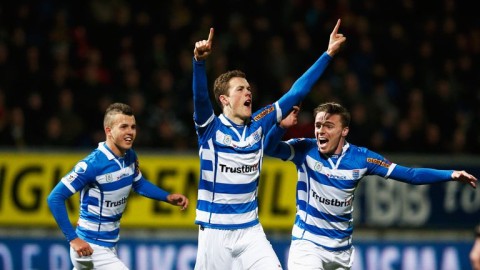 Thomas played for Nottingham Forest for a season SOURCE: Nottingham

Thomas has been representing Finland since 2009 with the U16 team. He has been playing with its senior team since 2015 and has appeared in twenty-two international teams.

Thomas is an active social media user. He keeps sharing a lot of his personal photos in his timelines. Following his photos, we can be sure that Lam is an involved in a romantic relationship with his girlfriend, Pomeline. However, The couple could be married but has not shared a word about his girlfriend in public. His girlfriend seems to be a fashion designer.

Thomas Lam has an estimated net worth of more than $1 Millon. He has been making much of his net worth through his successful career as a football player. As per sources, Lam has an annual salary of £187,200 and earns a weekly wage of £3,600. Thomas is very much early in his career and makes a considerable sum from his home country.