Maximillian James Aarons, simply known as Max Aarons is an English professional football player who is currently signed to the Premier League side, Norwich City. The right-back also plays for the England U 21 national team. having previously represented for England U19 national team. To date, he has earned 2 caps with zero goal from his national side.

Reportedly, Tottenham Hotspur is eyeing up Max Aarons for the summer transfer window. Previously, he has been labeled with a huge £30 million price-tag by Norwich.

Hammersmith, England native, Max Aarons was born on 4th January 2000, under the star sign Capricorn. The twenty years old holds an English nationality and is of white ethnic background. He is the cousin of Newcastle United player Rolando Aarons.

How Much Is Norwich's Max Aarons Net Worth & Salary?

Max Aarons is currently under a 5 year / £1,300,000 contract with the premier league side, Norwich City F.C., including an annual average salary of £260,000. As per the deal, the right-back will receive a base salary of £260,000, while carrying a cap hit of £260,000. Furthermore, he will have the same figure as the salary for the next four seasons. Alexander Tettey is among the highest-paid player from the team. 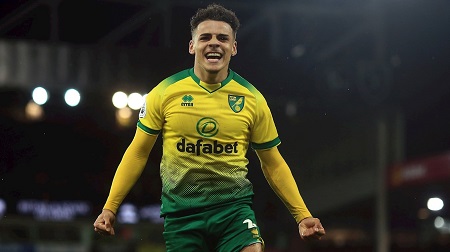 Max Aarons net worth is estimated $0.2 million as of 2020 SOURCE: Norwich City

Besides, he receives a reasonable sum of money representing the England U21 national team. His other income-generating source includes endorsement deals with Adidas. As of 2020, Aarons' net worth is approximately $0.2 million. His current market value is recorded €20 million reported on 8th April 2020.

Max Aarons' Girlfriend: Is He in a Relationship?

Norwich City's No.2 right-back is much focused on his career rather than involving in a romantic relationship yet. To date, Aarons is covered by media only for his football career. The information about his past and the present love affair is yet to come into the media. Hence, he is possibly single. 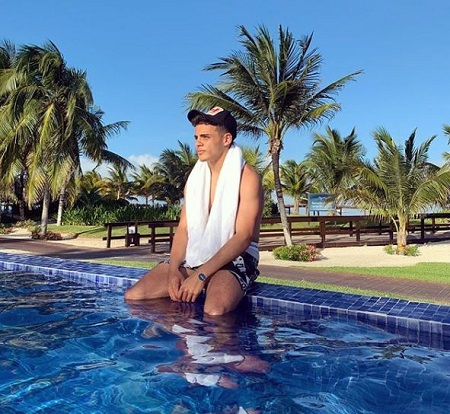 Regarding his physique, the 20 years old footballer stands 1.78 m and weighs 69 Kg. About his socials, he is active on Twitter, Instagram, as well as Facebook. Scrolling through the page, almost all his posts are from his profession.

Max who made his professional debut in 2018 has an overall rating in FIFA 19 is 71 with a potential of 85. Aarons has got a 3-star skill moves to rate. He prefers to shoot with his right foot. His work rates are reported High / Medium. His best stats are: Acceleration: 84, Balance: 83, Agility: 83, Sprint Speed: 82, Stamina: 80.