Taras Stepanenko is a Ukrainian professional footballer who plays as a defensive midfielder for FC Shaktar Donetsk and the Ukraine national team. With Donetsk, Stepanenko has won seven of each Ukrainian Premier League and Ukrainian Cup along with six Ukrainian Super Cup.

Stepanenko was born in Velyka Novosika, Donetsk Oblast, (now Ukraine) on August 8, 1989. As a youth, he was enrolled with the academy of clubs like Arsenal Kharkiv, Torpedo Zaporizhia, and Kosmos Zaporizhia.

Stepanenko began his career with Metalurh Zaporizhya, a club based in Zaporizhia, Ukraine. He played for their junior team 16 times, scoring 1 goal in the 2006-07 season, before being promoted to the senior squad for the rest of the season. He played his first game for the A-side on March 4, 2007, in Zaporizhya's 3-1 defeat to Dynamo Kyiv. He finished his debut season with 12 appearances.

During the three seasons he spent with the main team, Stepanenko played 81 games, netting one goal. On May 11, 2010, he signed a five-year deal with Shakhtar Donetsk making his debut for the club in a 7-1 Super Cup victory over Tavriya Simferopol. He made his first goal for the team on November 23, 2010, in a 3-0 Champions League group stage win over Partizan Belgrade.

Since 2010, he has contributed his appearance for the Miners in 389 games, finding the net on 22 occasions. In his second campaign with Donetsk, he made 12 appearances, 9 in the league and 3 in the cup. In an October 2015 match against Dynamo Kyiv his national teammate, Andriy Yarmolenko committed a dangerous challenge that almost broke Stepanenko's leg.

After the game, Yarmolenko threw the midfielder's shirt on the ground which they had previously exchanged. A year later in a Shakhtar's match against Kyiv, Yarmolenko kicked and beat Stepanenko to the ground after which a straight red card was shown to the former. For the national team, the Donetsk native has made 3 goals scored in a total of 57 appearances.

Donetsk number six's current salary is set at around €2 million a year. The speculation is based on his current market value that is €7.5 million. His highest salary was reported of being in the region of €3 million to €4 million during his biggest market worth which was beyond €10 million in the midst of season 2017-18. 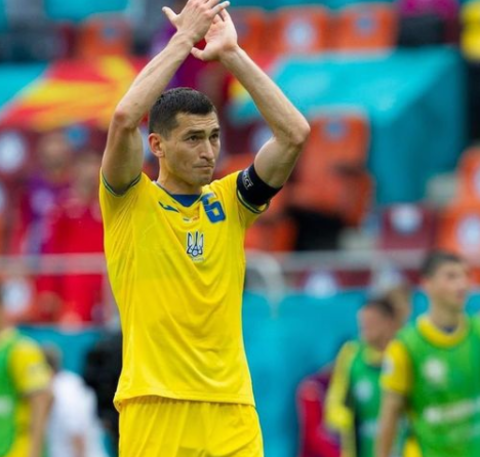 He has been purported to have reached at least €15million in career salary with the best-case scenario being at €20 million. To put it into perspective, he has been bringing about €1.5 million per annum since turning pro in 2007. In light of the matter discussed aloft, Stepanenko in some probability could be sitting atop a net worth of around €5 million.

Stepanenko is married to his wife, Margarita. Jointly, the couple shares three sons. Stepanenko's better half is an influencer who promotes her culinary arts through her Insta handle. She is a graduate of Zaporizhzhia National University, Oblast, Ukraine. 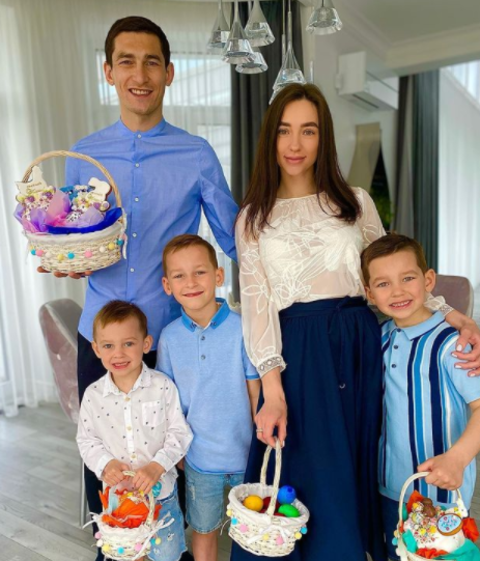 Taras Stepanenko with his wife and their three sons  SOURCE: Instagram

On May 27, 2019, Margarita revealed she had been dating the footballer since 2008 and had tied the knot in May 2013. Sharing a picture of herself and her husband on Instagram, she wrote, "6 years in marriage, 11 years together, 3 sons, big friendly family, Happy Anniversary, Native! I love.