Abraham is an English professional footballer who plays as a striker. Currently, he plays from Chelsea and England National Team. In 2018 he became the top scorer of Aston Villa, scoring twenty-five goals in a single season, breaking the record which was held by Yorke in 1997.

Abraham was born as Kevin Oghenetega Tamaraebi Bakumo-Abraham on born 2 October 1997 in Camberwell, Greater London. He grew up with elder brother Timmy, who also followed the path football and played from the academic team of Fulham. Although Tammy is eligible to play for Nigeria, he chose to play for England National Team.

How much does Tammy Abraham earn from Chelsea?

According to present data, his total net worth is around $2 million dollars. In Chelsea, Tammy Abraham's market value is found to be fifty-five million dollars. At the same time, Ngolo Kante has emerged as the club's expensive player going into the 2019/20 season, having market value $120 millions.

Abraham signed a 5-year contract with Chelsea F.C., where he will earn an annual average salary of £2,600,000 while his weekly wage is reported to be £50,000. According to current sources, Chelsea is intending to offer Tammy £100,000 weekly as his wage and extend his contract by 2 years paying his equally as Marcos Alonso, Callum Hudson-Odoi, etc. 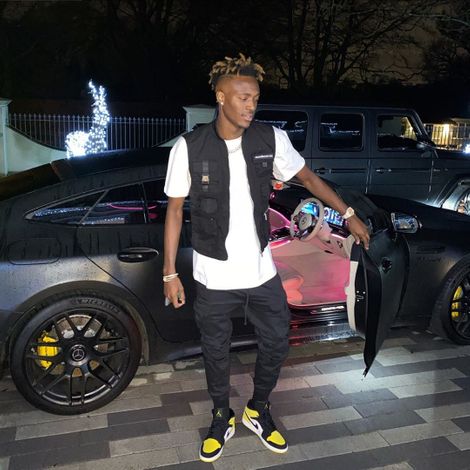 In 2018, Tottenham made a bid of £25 million for Tammy as the substitution of Harry Kane, but Chelsea rejected the offer. Tammy is professionally involved in football, so soccer is one and only one source of income.

With his earnings and salary, he lives a lavish lifestyle flaunting his expensive buys. He recently made an Instagram post and displayed his expensive car. Besides, after five years of contract with Chelsea, Tammy surprised his mum and Dad with a brand new car

Who is Tammy Abraham's Girlfriend?

According to current reports, Tammy Abraham is unmarried. Currently, he is in a relationship with Leah Monroe. His girlfriend Leah is a beautiful, fashion lifestyle vlogger with her youtube channel. Abraham and Leah are spending their life together since they were a teenager.

Leah Monroe helps Tammy to reach his destination by supporting him during his play and by encouraging him to play better. 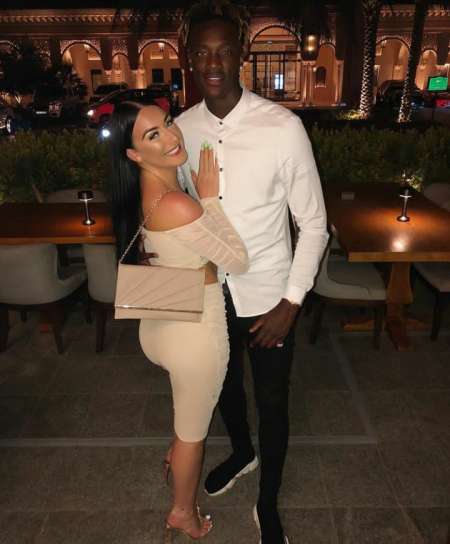 A very special birthday to a very special person in my life. This is my best friend, The LOML & My rider. Hard to find all three in one person. I truly appreciate you. I thank God for your life & I pray he continues to bless you & guide you. P.S congratulations on your 1st champions league goal.

Tammy set up his youth career at an under-8 level from Chelsea's youth academy. Abraham spent twelve years in the youth academy from 2004 to 2016. He was loaned to Bristol City in 2016-17. In Bristol city, he scored 23 goals in 41 appearances.

After his excellent performance in Aston Villa, he was recalled by Chelsea in 2019 and was provided number nine jersey. He was the youngest player to score a hattrick in the premier league era. He plays as a role of a finisher for Chelsea.