Tamara Zidansek is a reputed slovenian professional tennis player. Presently, she ranks in the 87th position in the WTO Singles and 52nd in the doubles. The Slovenian nationality has won a single title in singles and four championships in doubles in her active career.

Tamara, the Postojna, Slovenia native tennis player, was born on December 26, 1997, under the Capricorn zodiac sign. Despite being born in Slovenia, Tamara resides in Doha, Qatar. Meanwhile Tamara is just 24 years old and is coached by Carl Maes. Before Carl, Zoran Kranjc was her tennis coach. She plays with her right hand.

Career Earnings And Net Worth In 2022

The athlete has imprinted her name in the tennis world. More, she has accomplished five tennis titles in her short careers combining her single and double. When she won the games against P. Udvardy in the 2022 Grand Slam Championship, Wimbledon, Great Britain, she bagged the prize pool of $64,507. Likewise, she also netted $80,000 in the US Open when she clashed with Mandik in New York. 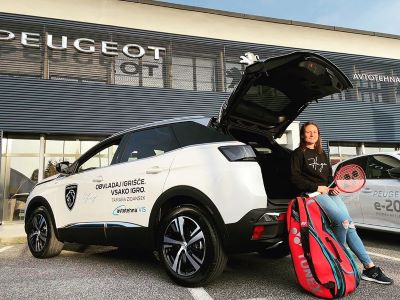 The prudent tennis player has now credited $736,107 in singles and $2,697,774 in doubles. With such earnings, she has maintained a pretty life standard. Her approximate net worth is around $1.5 Million. Additionally, she also generates money from his endorsement brand, Mizuno Corporation, Joma, and Yonex. For your information, Serena Williams is the wealthiest female Tennis player at present.

The one-time WTA Single Champion measures her height at 5 feet 6 inches or 1.68m. She is a health-conscious person. Accordingly, she regularly exercises and often goes cycling in her leisure time. Zidansek weighs around 60 kg.

Tamara is currently dating Matijs Strasner. Masses are willing to know more about Matijs. Regardless, Tamara has not said much about it. Matijs is very supportive of her career. They have been together since 2021. Viewing their actions on social media platforms, the pair seem very serious about their relations. More they are likely to get married very soon. 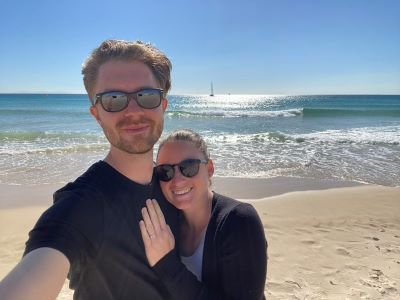 Know About Tamara's Parents And Siblings

Tamara Zidansek, the 2022 WTA no. 87th ranked tennis player, has kept her family details confidential. Despite her popularity, Tamara prefers to hide her family members' identities. Maybe she doesn't want any concern revealing it. Behind the public, her family has always been by her side. All of them currently live in Slovenia, and they practice the Christian religion.

Check out Playerswiki to know more about the athletes